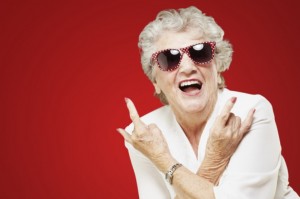 There is a unique fund in the market targeting investments in music copyright royalties.

Round Hill Music Royalty Partners is in the market targeting $200 million for its debut fund, and has closed on $81.6 million. The general partner is kicking in $20 million. The fund is focused on buying “iconic” music copyright assets that can generate “annuity-like, predictable cash flows from royalty streams,” according to a fund presentation seen by peHUB as well as a person with knowledge of the firm. The fund will pay LPs current income distributions from royalty streams, according to the presentation.

The fund has a 2 percent management fee and a 20 percent carried interest rate, along with an 8 percent preferred return, according to the materials. Forbes Private Capital Group is working as placement agent on the fundraising, according to the person with knowledge. Round Hill did not return a request for comment.

The group was first “incubated” within the Gruss family office organization in 2010 and has already acquired 15 publishing catalogs for about $30 million. The catalogs consist of more than 5,000 copyrights from a large group of artists, including songs from The Beatles, The Rolling Stones, Frank Sinatra, Billie Holiday, Ella Fitzgerald, Miles Davis, James Brown and Bruno Mars.

For example, one portfolio the firm acquired from GIL/GPS, a family-run publisher in New York City, includes six Beatles songs: “She loves you,” “I saw her standing there,” “From me to you,” “Misery,” “I wanna be your man,” and “There’s a place.”

Round Hill also acquired a portfolio that contains the entire repertoire of songs from the 1990s band Spacehog, which made some truly bad, but I suppose catchy, pop hits like In the Meantime.