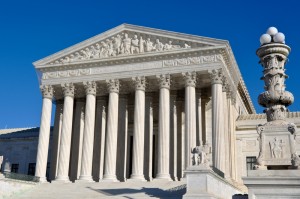 One private equity professional who was deeply unhappy with the Supreme Court’s support of the Affordable Care Act was Lester Knight, founder of RoundTable Healthcare Partners, a buyout firm that focuses on the industry and which raised $600 million for its third fund in 2010.

Knight said the ruling will increase costs for many of the companies in the firm’s portfolio and potentially make them less attractive to sell.

“I’m a little disappointed, as you might expect, but we’ll see what happens in the election,” Knight told Buyouts a few hours after Thursday’s ruling.

The Supreme Court upheld the Affordable Care Act in a surprise 5-4 decision, with Chief Justice John Roberts siding with the four liberal justices. Some industry professionals said that at the very least, the ruling should help provide some clarity on the outlook for new and existing investments.

“I think that the decision today continues to demonstrate the need for the efficacy of care to increase, and secondly, it eliminates much uncertainty,” said Steve McLean, partner and co-head of the health care group at Arsenal Capital Partners, which focuses on companies that address the underlying need in health care to deliver care more effectively and efficiently.

But Knight’s dejection stems from the fact that about 60 percent of RoundTable Healthcare’s 10-company portfolio are medical device companies, which, under the law, are slated to be hit with a 2.3 percent excise tax on sales starting next year.

“We’re going to be paying millions of dollars to the government” because of the tax, Knight said. “It’s a huge number and what people are starting to do to offset it is take jobs out, cut R&D and all those things that are bad for the economy and the country right now.”

“It doesn’t make any sense,” he said of the law. “Especially at a time when we’re trying to get the economy going again, get the jobless rate down and cut the deficit.”

It’s not going to help RoundTable when it eventually looks to exit these investments, either, Knight said.

“Obviously, people are going to run numbers on your profitability, and they’re going to put this tax into the medical device company, and that doesn’t help,” said Knight, whose firm also raised $200 million for a sub-debt fund in 2010.

Unlike McLean of Arsenal Capital, Knight said he believes the ruling increases uncertainty in the sector.

“Even though the Supreme Court made its decision, Romney just came out and said he will try to repeal it,” Knight said, referring to the declaration by Mitt Romney, the Republican presidential candidate, after the ruling that “If we want to get rid of Obamacare, we’re going to have to replace President Obama.” “So you’re sitting there with a lot riding on November and with what happens with the House and the Senate and the presidential election.”

Curtis Lane, founder of MTS Health Investors, another health care-focused buyout shop, offered a similar sentiment. In the near future, the ruling could make lending easier for health care deals. But it remains to be seen how state-level insurance exchanges and other aspects of the law play out, presenting more uncertainty, Lane said.

“You can say on the margin there is more certainty with [the law] being maintained,” said Lane, who said he believes the act is fundamentally flawed. “But I would argue there’s a lot of uncertainty because so many things that have to be done have yet to be defined.”

“We’re operating people, we’re different than most private equity investors,” said Knight, a 30-year veteran of the health care industry whose previous positions included vice chairman of Cardinal Health. “We will figure out a way to maintain our profitability and we’ll figure out a way to make these investments work, but it will cause us to take some tough actions.”