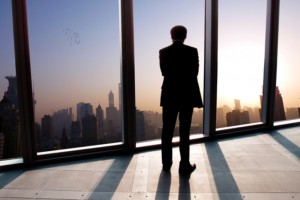 Elliot Royce, AlpInvest Partners’s co-head of the fund investments group, is resigning, according to a letter obtained by peHUB.

Royce said he has spent 20 years in private equity and is “ready to step back and let our younger talent take the lead,” the letter said. AlpInvest’s funds investment team will continue to be led by Maarten Vervoort, who is global head, and Marek Herchel, head of the Americas, Royce said in the letter. Herchel will assume Royce’s responsibilities and manage the U.S. funds team going forward, a source familiar with the situation told peHUB.

“I have no immediate career plans but most of you know that I am too old a hockey player to make that a full time pastime and too bad a golfer to retire,” Royce wrote. “I intend to explore different options within the private equity world, where I can bring my experience and insight to bear, without having the responsibility for leading a large team.”

UPDATE: Royce, in an emailed response to questions from peHUB, said he will be looking to help — either directly or as an advisor — either a smaller program, which could potentially be a family office, or a larger foreign program that wants to expand its presence in the United States.

“In each case, I want to focus on building a great portfolio, without the broader responsibilities of running an office or a large team,” Royce said in the email.

Royce joined AlpInvest in 2007 from Allianz Private Equity Partners, where he led U.S. investment activities, according to the AlpInvest website.

In 2011, Carlyle Group acquired a 60% stake in AlpInvest for an undisclosed price. The buyout shop in June announced it would buy the remaining 40% for about $5.2 million cash, Bloomberg News reported.