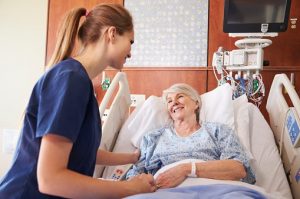 A lifting of the ban on physician-owned hospitals, being contemplated by the new Health and Human Services secretary, could bring private equity back into the mix for investing in such institutions.

Alex Azar, the new HHS secretary, last week suggested that he was open to rethinking the ban on physician-owned hospitals in an effort to improve competition among hospitals. The restriction has been in place since the passage of the Affordable Care Act.

The comments from Azar, who succeeded Tom Price after he resigned, were made during an HHS budget hearing on Feb. 14 in front of the House Ways and Means Committee.

If the ACA provision were repealed, PE investors that have invested in or are looking to back physician-specialty groups might make a stronger push into hospitals, speculated Greg Hagood, a senior managing director at Solic Capital Advisors.

“If they allow physician ownership in hospitals, it just becomes a glorified surgery center,” said Hagood, who leads his firm’s healthcare practice.

PE groups would likely look to further leverage recent investments with physician groups to develop and invest in what Hagood likened to “concierge-like” specialty hospitals.

These health systems have a “spa-like” atmosphere, Hagood said, explaining that they typically lack an ER but offer private rooms and nice furnishings. Specialty or surgical hospitals concentrate on orthopedics, cardiac care, plastic surgery or similar specialties. Many surgery centers function like this, but they cannot keep patients overnight so it limits the scope of procedures, Hagood said.

“Obviously we’re in a different era now,” Hagood cautioned, with respect to potential policy change. “There are a lot of things that get talked about but never get close to passage.”

Still, PE dollars and patients continue to flow out of the hospitals to the lower costs of outpatient care, whether that’s a physician specialty practice group focused on orthopedics or freestanding ambulatory surgery centers (ASC).

Looking beyond any potential change in policy, the market for community hospitals is likely to remain challenged. Regional health systems have become much more selective about affiliating or acquiring smaller hospitals, Hagood said.

Historically, the bread and butter for many community hospitals was emergency-room and cardiac imaging services and orthopedic procedures, Hagood said, but that, too, has evolved.

Recent policy moves from payers underscore this theme, he said.

Anthem in August said it would no longer pay for the MRIs and CT scans performed within hospitals for its fully insured members, thus pushing care to lower-cost, free-standing imaging centers. The health insurer previously said it would no longer pay for emergency room visits in non-emergency situations, driving patients to primary care doctors or retail clinics, in at least three states, Modern Healthcare reported.

Similarly, Medicare members are no longer required to have knee surgeries in a hospital. Effective in January, Medicare began paying for these procedures in ASCs, following a recently enacted rule by the Centers for Medicare & Medicaid Services.

Another thing to watch, Hagood added, is what happens with the hospitals that shut their doors, which until recently was rare. Hagood said he expects these facilities to be repurposed to surgery centers or specialized care facilities, rather than closed for good.

“We’re seeing more and more that it doesn’t make sense to have a 50-bed-to-100-bed hospital, but there is demand for care [for different kinds of outpatient treatment] in those areas,” Hagood said. “The question is: Do you convert the hospital or an old shopping facility?”