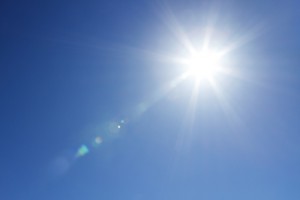 In a court case that could add a new risk factor to some deals, the First Circuit Court of Appeals last month ruled in favor of the New England Teamsters and Trucking Industry Pension Fund, which argued that two investment funds managed by Sun Capital Partners were liable for $4.5 million in pension liabilities for Scott Brass Inc., a Sun Capital portfolio company that want bankrupt in 2008, according to Buyouts, peHUB’s sister magazine.

Soon after Scott Brass went bankrupt, the Teamsters pension fund that provided benefits for some of Scott Brass’s unionized workers presented Sun Capital with a bill for $4.5 million in “pension withdrawal liabilities.” Such withdrawal liabilities are the cost to a firm for stopping regular contributions to a pension plan that covers workers at multiple companies.

Sun Capital claimed in court that its private equity funds were passive investment vehicles that didn’t meet the criteria under the Employee Retirement Income Security Act, or ERISA, that would require the funds to assume these liabilities (an argument that a corporate acquirer would be unable to make).

But the First Circuit Court, which covers much of New England, ruled otherwise, saying that Sun Capital was engaged in a “trade or business” through its management and operational control of Scott Brass, and wasn’t just a “passive investor,” at least as far as ERISA was concerned. The ruling not only prevented Sun Capital from avoiding these pension obligations. It also affirmed that Sun Capital was a “business,” whose primary purpose was “to seek out potential portfolio companies that are in need of extensive intervention with respect to their management and operations, to provide such intervention, and then to sell the companies.”

This active relationship was explicit, according to the court, since Scott Brass paid Sun Capital for the management services it provided to the portfolio company. These fees offered “a direct economic benefit” to Sun Capital in exchange for its business services, countering Sun Capital’s claims that its only benefit was passive investment income from dividends and capital gains. Moreover, said the court, these fees for management services would not flow to a fund’s other investors, its limited partners.

“This was the right decision,” said Catherine Campbell, a pension attorney at Feinberg Campbell and Zack, which represented the New England Teamsters in the case. She said “private equity firms pitch to investors by saying that they apply their capital, people and expertise to turn companies around and then sell them at a profit. How can you do that and be a passive investor, as they were claiming in court?”

Steven Rosenthal of the liberal-leaning Tax Policy Center agreed. He said in a research note that the effort by private equity firms to actively engage with their portfolio companies was “the essence of private equity…and is used to justify the huge fees the funds charge their investors.”

But Steve Judge, the chief execuitve of the Private Equity Growth Capital Council, the industry’s main trade group, said that argument was too simple since there were many different types of private equity firms, many of which don’t do turnarounds or don’t seek full control of companies in their portfolios.

Sun Capital executives declined to comment to Buyouts, as did Patrick Philbin, a partner with Kirkland & Ellis, the firm representing Sun Capital in the case. Sun Capital is led by co-chief executives Marc Leder and Rodger Krouse. It is not clear whether Sun Capital will try and get this ruling overturned.

Judge worried that if this ruling were to be applied widely, “it would upend longstanding case law on which PE firms, investors and portfolio companies have long relied.”

Indeed one law firm, Choate Hall & Stewart, said in a research note that if a private equity fund could be characterized as a “trade or business” under ERISA, it was possible that each portfolio company in a fund could be held liable for the pension liabilities of other companies in the fund, “if portfolio companies can be connected via a chain of ownership passing through the fund.”

Meanwhile, some commentators, such as Rosenthal of the Tax Policy Center and New York Times tax columnist Victor Fleischer, said that the First Circuit’s decision could provide ammunition to those seeking to end the capital-gains tax treatment of carried interest.

The capital gains tax treatment of carried interest is based in part on the idea that such investments are passive—and not the primary business of a private equity firm. Even though the First Circuit ruling is limited to pension law, wrote Fleisher in The Times, “it is not a big leap to argue that the (Sun Capital) fund was engaged in a trade or business for tax purposes.”

But Judge disagreed, saying that “speculation that this ruling has implications for tax law is just that—speculation. The court here did not opine on tax issues at all,” he said. Moreover, “this case only applies in the context of ERISA and only in the First Circuit.”