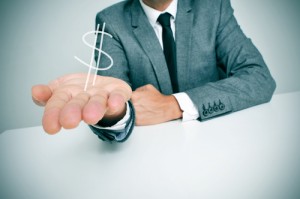 Private equity firms are borrowing to finance dividend payments from portfolio companies at the highest rate since the third quarter of 2013, according to Thomson Reuters LPC data, as a lack of new buyout deals leaves asset-hungry high-yield investors with few other lending options.

Dividend recapitalization deals, which allow private equity firms to take money out of companies they own by increasing debt and releveraging the company, are traditionally unpopular with lenders and are usually viewed as a sign of hot market conditions.

Nearly $8.3 billion of dividend recapitalization deals have been announced since July 1, according to LPC data, including a $2.875 billion deal for contract research firm Pharmaceutical Product Development (PPD).

“The market feels like 2007 all over again,” a hedge fund investor said.

Private equity firms have turned to dividend deals this year as high equity valuations and efforts by federal regulators to cap highly leveraged buyouts have had the desired effect of keeping a lid on new private equity buyouts.

Strong investor demand and low dealflow, however, have allowed issuers to tighten pricing on dividend deals in July and August, even for companies with checkered credit histories like bakery company Hostess Brands, which filed for bankruptcy in January 2012.

“We are working through a flurry of last minute deals before the new issue market shuts down for the remainder of the summer and investors are hungry for both assets and spread,” a CLO investor said.

The U.S. leveraged loan market is currently more receptive to dividend recapitalization deals than the European market, where several deals including a 585 million euro-equivalent deal for Dutch chemicals company Stahl have been pulled recently.

European investors are less willing to accept aggressive terms on deals for weaker companies or story credits as they become more selective and focused on credit in a bid to avoid potential credit losses in volatile markets.

BIGGEST RECAP
The biggest U.S. recapitalization of the third quarter so far is the $2.575 billion seven-year term loan and a $300 million five-year revolving credit for PPD, which is owned by Carlyle Group and Hellman Friedman.

Strong demand allowed PPD to tighten pricing on the term loan to 325 basis points (bp) from 350bp and the company also added a pricing step down to 300bp when leverage drops below 3.5 times debt to Earnings Before Interest, Tax, Depreciation and Amortisation (EBITDA).

However, Standard & Poor’s Ratings Services said it expects leverage to stay above 5.0 times in the near future as company has shown a desire to remain leveraged, after paying more than $1 billion of dividends to its private equity owners in the past year, including the recent dividend.
In addition to the loan, PPD also sold $1.125 billion of 6.375 percent notes due in 2023 to finance the dividend recapitalization, which will give a $407 million dividend payment, S&P said.

This is more than two times the $410 million price that Apollo and C. Dean Metrolpoulos & Co paid for the company in 2013, after Hostess filed for bankruptcy in 2012.

U.S. investors have supported the recent of recapitalization deals due to a lack of new private equity buyout loans this year and also because the dividend deals did not have high leverage levels and are not from the troubled energy or commodity sectors, which are under pressure due to slumping prices.

“We think the deals that have been able to get dividends done are high quality for the most part,” the CLO investor said.