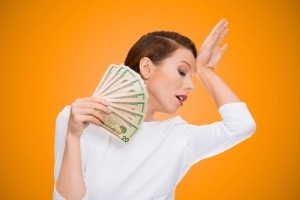 Traditional private equity has apparently once again failed to make it to the end for Russell Investments.

Reuters is reporting that three bidders — Towers Watson & Co., China’s Shanda Games Ltd. and CITIC Group Corp. — are vying for Russell. The deal is valued at $1.5 billion, the story said.

If true, that’s two strategics and a Chinese conglomerate with a private equity arm that remain for Russell. Seattle-based Russell is the investment arm of Frank Russell, which is owned by the London Stock Exchange. The LSE put Russell up for sale earlier this year after receiving expressions of interest.

Traditional private equity was expected to dominate the Russell auction. Firms such as Hellman & Friedman, TA Associates, Carlyle Group and Blackstone Group were expected to bid for Russell but it’s not clear how far PE got. The LSE conducted a “broad sales process” for Russell where it sent out more than 50 books for asset management unit, peHUB reported in March. JP Morgan and Goldman Sachs are advising on the sale.

In April, peHUB reported that strategics, coming out of Asia, made it to the second round. Offers for the unit were very rich and nearing $1.5 billion, the story said. The Financial Times then reported the LSE was in talks with six bidders including a small number of PE firm.

It was those heady prices that caused private equity to drop out, one PE executive said. Russell’s growth is slow, any buyer would need to reorganize the company as well as change management, the PE source said. “PE doesn’t believe it is worth paying up for [Russell],” the person said.

It’s unclear which PE firms made it to the second round. CVC Capital Partners pulled out because of Russell’s high price expectations, a banker said.

Seattle-based Russell has $272.6 billion in assets under management, according to the firm’s website. The unit produces $125 million EBITDA; a $1.5 billion valuations means the company is selling for 12x.

The deal represents the second time PE has failed to buy Russell. Last year, Northwestern Mutual Life Insurance Co. put Frank Russell, including the investment management and index businesses, up for sale. That Russell sale was limited to large buyout shops, peHUB reported. The LSE, which mainly wanted Russell’s large index business, in June 2014 beat out a handful of PE firms and bidders such as the Canadian Imperial Bank of Commerce to buy the company, Reuters said.

JP Morgan and the LSE declined comment. Goldman and CVC couldn’t immediately be reached for comment. Russell referred comments to the LSE.