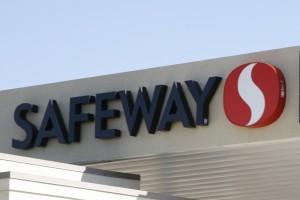 The $9.4 billion acquisition of U.S. retailer Safeway by Cerberus Capital Management is expected to be financed by $7.6 billion of debt in what will be the biggest buyout deal since Dell and Heinz last year, sister publication International Financing Review reported.

That’s good news for leveraged financed bankers who have been disappointed by mergers and acquisitions activity so far this year. But expectations that debt will be piled onto Safeway, however, sent the cost of insuring its debt against default sharply higher.

Its five-year credit default swaps widened 52 basis points to 344 bp, or 18 percent, according to Markit, as news broke it will be merged with Cerberus-owned grocery store operator Albertsons.

The expectation is that Safeway, rated Baa3, BBB, BBB- by Moody’s, S&P and Fitch will lose its investment-grade status and fall into “junk” territory — just as Heinz and Dell did last year when they agreed to be taken private by Warren Buffett’s Berkshire Hathaway and private equity firm 3G Capital and Michael Dell and Silver Lake, respectively.

“The CDS has been absolutely crushed,” said one debt capital markets head. “Clearly the market is pricing its CDS as if it will be levered up dramatically as a result of this deal.” Safeway’s CDS levels have been suffering for many weeks on news that it was shopping itself around for sale. In mid-February, its five-year CDS was trading at around 200 bp.

Melissa Plaisance, senior vice president of finance and investor relations for Safeway, said on a call with analysts on March 6 that two outstanding bonds maturing in 2016 and 2017 were not mentioned in the press release. “My understanding is … Albertsons is to take them (the 2016s and 2017s) out prior to the closing or they want us to do that,” she said.

The deal is expected to close in the fourth quarter of 2014.

The transaction involves an offer price of $40 per share, or a premium of 1.3 percent, to Safeway’s closing stock price of $39.47 on March 6, and although the debt financing would not be quite as big as the $14.6 billion and $13.75 billion required for Heinz and Dell respectively, it is still welcome news for bankers.

Advisers on the deal — Bank of America Merrill Lynch, Citigroup, Credit Suisse and Goldman Sachs — are expected to underwrite the $7.6 billion debt financing, but the composition or timing is not clear, and all of the banks were either not immediately available or declined to comment.

The rest of the total $9.4 billion acquisition will be financed by equity contributions from its current investors and their affiliates, partners and co-investors of approximately $1.25 billion, and cash on hand with Safeway, according to a joint press release from both parties. One market source said that Cerberus may have a preference for leveraged loans, a market that is on fire at the moment.

In March 3013, a Cerberus-led investor group acquired a group of grocery chains from Supervalu Inc, which included Albertsons and Jewel-Osco, for $3.3 billion.

The private equity firm financed the deal with a $1.5 billion covenant-lite term loan that was led by Goldman Sachs, Credit Suisse, Morgan Stanley, Bank of America Merrill Lynch and Barclays.

The Safeway merger agreement includes a so-called “go-shop” period, during which Safeway, with the assistance of Goldman Sachs, its financial adviser, will actively solicit, receive, evaluate and potentially enter into negotiations with parties that offer alternative proposals. The initial go-shop period is 21 days.