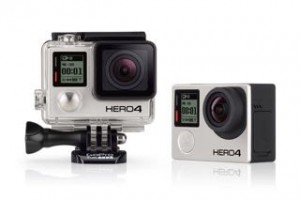 Kohlberg Kravis Roberts-spinout Sageview Capital is talking up its growth investing strategy as it seeks $750 million for its second core fund, according to two sources with knowledge of the fundraising.

It is not clear if Fund II is officially in the market. But the firm has been meeting with potential investors since last year, said one of the sources, a limited partner who has heard the fund pitch.

Sageview has pursued a hybrid strategy that included focusing on growth investments in private and public companies, non-control as well as some control investing, according to archived versions of its website.

“The capital in Fund I that’s in growth has been the best (performing),” the LP said, adding that such investments were generating about a 2.5x return.

Overall, the debut fund was producing a net 1.7x multiple and net IRR of 8.2 percent, the same LP said.

Fund I had targeted $800 million, according to a Form D filing. It isn’t clear how much money the firm eventually closed on, although Sageview’s Form ADV filing shows the firm had $867 million under management as of the end of 2013. The firm also raised a fund called Community Bancorp LLC, which was set up in 2010 to invest in struggling banks. Community Bancorp LLC was targeting $1 billion and had raised about $741 million as of July 2010, according to a Form D filing.

One of Sageview’s home-run investments is mobile camera maker GoPro Inc., which went public last year at $24 per share. Sageview sold about $10.5 million in the IPO, and retained a stake in the company. The stock had skyrocketed to as high as $93.79 per share, but came back to earth to sit at around $39.37 at the end of Monday, March 16.

A troubled portfolio company was Aveos Fleet Performance Inc, which fixed planes for Air Canada. The firm invested in the company alongside KKR in 2007 for a 70 percent stake. The firms lost control of the Montreal-based company to its lenders in 2010, according to an article in The Globe and Mailfrom that time.

The firm, which invests in both public and private companies, has other close ties to KKR. Sageview was formed by two KKR partners—Ned Gilhuly and Scott Stuart—in 2005. Last fall, Sageview hired former KKR Capstone executive Dean Nelson as a partner. Nelson had launched and led KKR Capstone, which primarily works on consulting projects for KKR portfolio companies. It is not technically a subsidiary or affiliate of KKR, however, according to the firm’s website.

Sageview has agreed to waive fees for KKR to the extent it commits to its funds, as well as for any KKR affiliate and for
Sageview employees, according to the firm’s Form ADV. Sageview employees are collectively the largest LP in the fund, with more than $110 million committed, according to the firm’s website. Sageview charges a 1.5 percent management fee, the filing said.