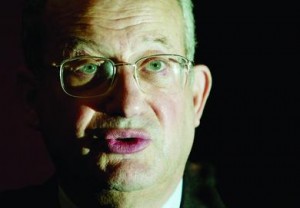 The report, called The Race to the Top, was commissioned by Gordon Brown back when he was still Chancellor of the Exchequerto see how the UK could compete with the emerging economies of China and India. What the report makes clear is that UK business should not react by adopting strategies based on low costs alone: “The best way for the UK to make the most of globalisation opportunities is to support the restructuring of British companies into high-value goods, services and industries. We should seek to compete with emerging economies in a ‘race to the top’ rather than in a ‘race to the bottom’

The Government responded to Sainsbury by pledging £1bn to science and innovation investment over the next three years. “This part of the economy is vital to start-ups and entrepreneurship and the UK needs to be much more successful in creating opportunity and success in this area,” said Simon Walker, the new CEO of the British Venture Capital Association (BVCA.)

The Sainsbury’s review is largely supportive of venture capital, but conscious of its failings. Placing venture capital in an innovation ecosystem with public and private sector sponsored research, intellectual property, education, government policies and international collaboration, it highlights the industry’s flight away from funding start-ups to backing later stage companies.

This has been an issue within the industry for some years now as VCs invest more money into more established companies in order to reduce risk and return money sooner. Last year 2006 was a spectacularly bad year for investment in technology with only 23% of all early stage financing picked up by technology companies, the lowest percentage in the last decade, according to the BVCA.

To solve this funding problem, the report looks north, Scotland to be precise. The Scottish Enterprise’s Proof-of-Concept Fund is held up by Lord Sainsbury as a model of how to turn ideas into cash. Proof-of-concept funding is already provided in England through various public sector institutions, Regional Development Agencies (RDAs) for example, but the report wants to go one step further and recommends establishing a national model for proof-of-concept funds. According to a PricewaterhouseCoopers investigation into the Scottish Enterprise fund, over its first six rounds (2000 to 2005) 500 jobs were created as a result of investment. Eighty percent of these would not have existed without the additional funding.

Lord Sainsbury argues that such a system employed throughout the UK could be run through the existing RDAs, and notes that some have already appropriated Scotland’s system, One Northeast being one example in England.

Ernie Richardson, CEO of technology VC house MTI, called it a “very smart idea”, but had concerns over the size of investments. “I’m not quite sure how you could manage a fund investing such small sums of money. We’re talking investments of £50,000, £75,000, certainly no more than £100,000. A proof of principle fund is a good idea but it has to be managed locally rather than nationally. Also, one of the great benefits of such a fund is that you can test out an idea with £50,000 with an academic (say to build a prototype, or conduct a market survey) which if you have to do a full blown venture investment will inevitably cost you £250,000 – £500,000. Small sums of proof of principle investment can save many times that investment at a later stage.”

Andrew Newland, chief executive of technology commercialisation specialists ANGLE had a mixed reaction to the report – “there’s a lot of puff in here” – but was keen to point out his enthusiasm for a proof of concept fund. “The key idea is that research is not the same as something that can be applied to the market, so if there are more proof of concept funds there will be a larger volume of ideas that can be applicable to the market and therefore be commercial.”

Richardson said one of the areas addressed in the report that was particularly interesting was allocating a portion of procurement to SMEs. “The benefit of this would vastly outweigh any government grants or soft-loans. This would teach young companies the right lessons of business and get them off the grant culture.

“The important question is, where should the Government deploy its money. Is it best put into grants and loans, or into government procurement, getting young companies to concentrate on delivering goods and services? My view is always goods and services because all you end up doing otherwise is teaching people how to apply for grants.”

For Newland the whole debate is tainted by announcements made by the new Chancellor in his Pre-Budget Report: “Alistair Darling has completely destroyed the entrepreneurial drive with the abolition of taper relief. Investors’ rate of tax has effectively gone up by 80%. It is damaging to people starting up companies as it removes a lot of the incentivisation. All the Sainsbury’s report does is tinker around the edges.”