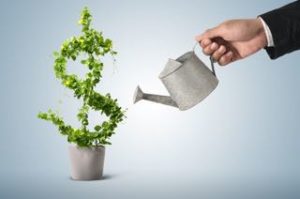 Greenhill & Co. just made a major move into private equity secondaries in what has been the strongest bull run in the history of the young and growing market.

Greenhill announced the acquisition of Cogent Partners for $97.6 million Tuesday, 30 percent of which is payable upon achievement of certain revenue targets. About $44 million of the amount will be paid in cash, with the remainder paid out in Greenhill stock. Cogent equity holders who are senior members of the team will receive about 72.7 percent of their payout in Greenhill stock, with the rest in cash, according to a Greenhill press release Tuesday. The deal is expected to close near the end of the first quarter.

The outside investors include two institutional sponsors: New Capital Partners of Birmingham and Lakeside Capital of Kansas City, as well as some family office investors, Myers said.

“This is a great outcome for the firm, it’s investors and the team,” Myers said. “It is also an outstanding acquisition for Greenhill. When we started this business in 2001 we thought it would be a small business. Total secondary deal volume was only around $1.2 billion. Now it is $40 billion and rising.”

Big deals
Cogent has arguably been the premier secondaries adviser in an increasingly competitive market. It has handled some of the largest sales in the market, including last year running the sale of more than $2 billion of private equity stakes held by the Abu Dhabi Investment Authority. The likely buyer of that portfolio was Ardian, sources have told Buyouts.

Cogent will continue to focus on private equity secondaries under the Greenhill banner, according to Christopher Grubb, chief financial officer at Greenhill. There is opportunity for collaboration on the real estate side, where Greenhill has an existing placement agent group, Grubb said.

“We think that trend in terms of growth of real estate secondaries will continue,” Grubb said.

Greenhill will compete with other active advisers in the market, including UBS,Park Hill Group, Evercore, Credit Suisse, Campbell Lutyens and Setter Capital.

Cogent co-founder Colin McGrady is not joining Greenhill and will pursue “other ventures,” Sloan said.

Market on fire
Private equity secondaries has experienced at least three years of record-breaking deal volume and all signs are volume will be strong again this year (barring a catastrophic economic event). Total secondaries deal volume last year fell somewhere between $42 billion (as tallied by Cogent in its year-end volume report) and $49.3 billion, as calculated by rival secondaries adviser Setter Capital in its year-end report.

Either end of the volume range is extraordinary for the secondaries market, which hit $27.5 billion for all of 2013, according to Cogent (while Setter put the total 2013 volume number at $36 billion).

Volume has increased for several reasons, including the highest pricing the market has seen, with the average pricing at 91 percent of net asset value during the second half of 2014, Cogent said in its year-end report. Also driving volume were the prevalence of $1 billion-plus transactions last year, Cogent said.

The secondary market has gone mainstream and that’s a good thing for the private equity industry as a whole, Myers said.

“If you’re a CIO and you’re betting on a new group, if you believe there’s never going to be liquidity, that decision is hard to make,” Myers said. “If you know you have liquidity options if you change strategy or if you’re dissatisfied with their strategy, it makes it easier to make that first, primary decision.”