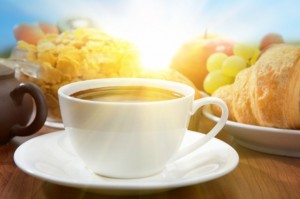 Houlihan Lokey is advising on the sale process, which aims to produce a deal valued at 3x to 5x revenue. The company generated more than $125 million in factory sales in the past 52 weeks, sources said.

Kodiak Cakes, a maker of protein-packed pancake products, raised $16.52 million from Sunrise Strategic Partners and other undisclosed investors on July 26, 2016.

Subsequently, the company received debt financing from Ares Capital, according to PitchBook data.

Despite growing its top line, Kodiak Cakes has found it difficult to turn a profit, according to investors and bankers. “Sales have spiked but the margins haven’t grown,” said one source.

However, it’s sellers’ high valuation expectations and not the low profitability that have been a deterrent in the process. The company recently got close to securing a buyer, but Kodiak didn’t trade hands due to a buyer-seller mismatch on price, they said. “And with covid, I’m sure it [valuation expectations] didn’t go down,” the source added.

The broader M&A market slowdown has also contributed to the delay, with many firms choosing to postpone exits. “There was some traction and then covid hit,” one of the people said.

Still, with an increase in consumer food spending, brands like Kodiak Cakes have recorded sales growth. “It’s a good business even amid covid,” said another source.

For Kodiak Cakes, growth over the last 13 weeks has been around 60 percent year-over-year, sources said, referring to data from IRI.

Grocery stores and supermarkets, in general, reported 17 percent growth in March and May compared to the same months last year, according to Facteus data.

The maker of whole-grain pancake-mix launched into success after an appearance on Shark Tank in 2014, when entrepreneurs Joel Clark & Cameron Smith rejected a $500,000 offer in exchange for 10 percent equity. Shortly after, Kodiak’s sales rose by more than $3 million, according to a company profile published by Inc. Today, the Park City, Utah, company sells to retailers such as Whole Foods, Target and Costco.

Assets the likes of Kodiak have drawn significant strategic interest in recent years. Big consumer packaged goods companies were buying companies that were much smaller over the past five to 10 years. A company generating top line in the $100 million to $150 million range has generally been considered an attractive target, said one of the sources.

As the outcome of the process remains uncertain, some sources also pointed to the possibility of an exit via a merger with a SPAC, or special purpose acquisition company.

Sunrise Strategic Partners, Kodiak Cakes and Houlihan Lokey did not respond to requests for comment.