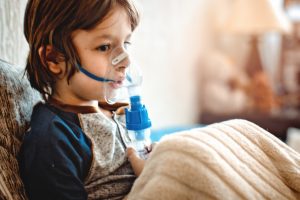 The Halifax Group is running a sale process for PromptCare, a provider of complex respiratory and infusion-therapy services, according to four sources with knowledge of the process.

Lincoln International is providing sell-side financial advice on the process, the people said. First-round bids have been submitted and the process is in its second rounds, they said.

The two businesses under PromptCare generate combined EBITDA of around $30 million not including capex, some of the people said. The company has about tripled in size since Halifax made its investment in March 2017, expanding beyond the mid-Atlantic, entering the Northeast, Florida and the Midwest, one of the people said.

PromptCare, based in Clark, New Jersey, encompasses two distinct businesses under the same umbrella, each of which account for roughly half of the company: an in-home infusion-therapy business and a complex respiratory business.

Both businesses are good quality but quite different, which could may make underwriting both challenging for buyers, some of the people said. The process could result in two separate transactions, as many potential suitors have a thesis around one category or the other, the people said.

Private equity is more likely to gravitate to the infusion business given its capital-light nature, with the space growing increasingly popular in recent years, sources said. Many firms have a dedicated search effort in infusion-services, one of the people noted.

One PE firm making a recent splash in the infusion space is Linden Capital Partners, which in October made a majority investment in Vital Care, a Mississippi franchisor of home infusion services. The same month, Linden made a preferred equity investment in publicly traded IVX Health, a national provider of infusion and injection therapy for individuals with complex chronic conditions. Is possible that either company looks at PromptCare, sources speculated.

Elsewhere, Waud Capital Partners in August joined forces with seasoned healthcare executive Paul Jardina in a pledge to find and build out a new platform in the medication-based services industry – citing alternate site infusion pharmacies as one of several specialties it would examine, PE Hub wrote.

Although the respiratory piece has capital requirements, no other player doing what PromptCare is doing on this front, one of the sources said. Its big distinction is its patient population, about half of which is on the pediatric side – where it has a particular focus on helping manage the care of patients coming out of the NICU or PICU.

The business’s respiratory therapists and support team help pulmonologists and nurses manage the transition of patients from the hospital to the home setting with the necessary medical equipment. The business provides high-tech equipment including home ventilator therapy and helps patients and their caregivers develop transitional care plans, along with ongoing monitoring, consultation and training.

Strategics that could be interested might include DME [durable-medical-equipment] companies that play in respiratory, sources speculated, pointing to publicly-traded giants AdaptHealth and Apria (the former has been particularly acquisitive).

Valuation expectations are unclear for the sum-of-the-parts or entire company, but sources said infusion businesses often trade for 11x up to 14x EBITDA on the high-end, whereas the respiratory piece ought to be valued lower – in the high single digits to low double digits range.

Under Halifax, PromptCare has made four acquisitions – two on the infusion side and two on the respiratory side – with a fifth purchase under LOI, one of the people noted.

Halifax, with offices in Washington, DC, and Raleigh, North Carolina, partners with founders and managers of lower mid-market businesses with total enterprise values generally between $50 million and $300 million.

Halifax declined to comment, while Lincoln didn’t return a request for comment and PromptCare could not immediately be reached.