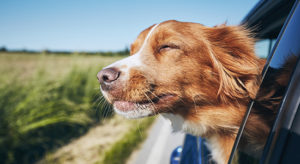 Sentinel Capital Partners is looking to exit its investment in Pet Supplies Plus, the largest independent pet retailer in North America, according to three sources familiar with the matter.

Piper Sandler is offering sell-side advice alongside at least one additional investment bank, whose identity could not be confirmed, the people said.

The process started over three months ago and PSP, which offers grooming and self-serve dog washing services along with pet products, will likely trade at a minimum of 8x to 10x EBITDA, sources said. “Franchisors trade at a higher multiple than [the] rest of retail,” one of the people said.

Sources placed EBITDA in the range of $65 million to $75 million. Consumer-focused buyout firms have shown interest in the Livonia, Michigan-based company, although it’s unclear how far along the process is. “There are sponsors who like franchise businesses and they pay up because they [franchisors] have a profitable margin profile,” one source said.

Founded in 1988, the retailer of about 500 stores today made over a billion in sales in 2019, according to an article by Crain’s Detroit business, which ran a year after Sentinel’s December 2018 acquisition.

Sentinel’s purchase of PSP from Irving Place Capital was executed at a much lower multiple than the valuation it is anticipated to command this time around. “It was at a time when people were getting skittish with e-commerce growth,” said one of the people.

The franchise’s e-commerce growth jumped 2,275 percent from the January 2020 to April 2020 period, according to a mid-year press release by the company.

New York-based Sentinel, which has deep expertise in franchise investing, is expected to make at least 3x its money on PSP within a short hold, two of the sources said.

A few months after the latest change in ownership, Chris Rowland, CEO of the chain, told Pet Product News that Sentinel wants “to grow more franchise stores, and they’d like to do it even faster than what we’ve done historically…”

True to its word, the full-service pet supply company signed 12 new franchise agreements in the first half of this year, stated the press release.

Even though pet stores have been deemed essential during the pandemic, Roark Capital-backed Pet Valu – a close competitor of PSP – announced the closure of all its US stores last month. Although baffling given the boom in pet adoptions, “I would think that [a competitor going out] would be a good thing for this process,” said a source.

Other competitors include Petco, which filed to go public last week with the ticker WOOF, as well as Pet Smart.

Update: This report has been updated with the correct spelling of Pet Valu.