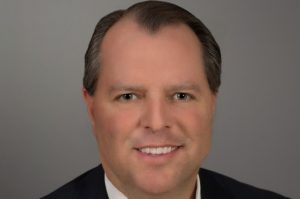 As the legalized pot industry continues to see explosive growth, Salveo Capital is moving quickly to capture the one segment of the market it has deemed underserved.

The less than two-year-old investment firm isn’t snapping up marijuana-dispensary chains or betting on the growers themselves.

Rather, Salveo is placing all bets on ancillary services the rapidly evolving industry will increasingly demand.

Managing Partner Jeffrey Howard likened the growth in the legalized-marijuana market to a gold rush: “There’s not the infrastructure to support what this industry is going to be.”

“We may not be as in your face as other things,” added Michael Gruber, the Northbrook, Illinois, firm’s other managing partner.

Indeed. There’s MedMen, the country’s largest cannabis retail chain, which raised C$143 million ($110 million) in its May listing on the Canadian Securities Exchange, at a C$2.1 billion ($1.65 billion) valuation.

Legal-cannabis giant Acreage Holdings is poised to join MedMen on the public markets this fall, while other notable assets that have raised significant capital include New York’s Columbia Care.

And the potential economic impact could be massive. Cowen & Co expects gross cannabis sales to reach up to $75 billion by 2030, while cannabis-research firm Arcview Market Research pegged the industry’s value at around $9.7 billion in 2017.

As the amount of capital pouring into the industry accelerates, Gruber described the ancillary-services end of the market as capital-starved.

Salveo’s approach has two parts, Gruber said. “One is: When we did a big analysis of the entire industry, we saw that the ancillary side of the industry was much larger. Two, from an investing perspective, we saw a greater opportunity in the ability to sell these ancillary companies. [We expect to see a] very robust M&A environment in time.”

The liquidity event already seen by one of Salveo’s portfolio companies, Tokyo Smoke, reflects the speed at which the industry is moving.

Just months after Salveo invested in the cannabis-focused hipster lifestyle brand, Canopy Growth in July bought the asset’s parent, Hiku Brands, in a deal valued at about $250 million.

With that exit under its belt, Salveo continues to focus on opportunities in financial services and payments, agritechnology, software, data and analytics, biopharma delivery systems, business services, and licensing and branding.

The firm on July 17 unveiled its second transaction of the month and the ninth investment out of Fund I. The investment in PathogenDx, the Tucson, Arizona, specialist in testing technology for cannabis labs and cultivators, reflects the lens through which Salveo is investing.

While Salveo tracked PathogenDx for a year-plus, the firm and co-investors timed the transaction to occur after July 1 — when a new California law required dispensaries to sell only lab-tested marijuana, Howard said.

The California market now faces a shortage of testing services, fueling a greater need for technologies and services that reduce the turnaround times of lab results, he explained.

“That’s a game changer as far as the regulatory environment at a state level,” Howard said. “As more states follow the lead of California, the testing demand is going to continue to increase.”

PathogenDx’s unique relationship with Steep Hill — the first commercial cannabis lab to open in the U.S. and now one of the world’s largest — was also a key selling point, Gruber said. A pioneer in the cannabis lab space, Steep Hill helped the PathogenDx team develop its testing technology.

That gave the company recognition, Gruber said. “Although they’re free to have their technology used by any lab … having those industry chops allows them to gain access to [new] capabilities.”

Other investments out of Fund I, which is targeting a $25 million close, include Headset, Front Range Biosciences, Baker, Wurk, Treeza, Purissima and Flow Kana. The firm aims to scale its platform with the goal of reaching $100 million of committed capital by 2019.

As Salveo’s latest investment suggests, regulatory change is a major component of the booming legalized-marijuana market.

For Salveo, deal flow stepped up considerably after Jan. 1, when California legalized recreational marijuana use, Gruber said. Further investment activity will be driven when adult use rolls out in Massachusetts and Canada, he said.

“As this transitions to a regulated [market], there’s an embedded existing customer base,” Howard added, pointing to the estimated $50 billion to $75 billion black market in North America.

Not only is cannabis transitioning into a regulated market, but the public’s perception of the market is shifting as the industry becomes more mainstream, Howard said.

In his view, it’s the “soccer moms and the elderly” that represent the two fastest-growing or, rather, reacquainted demographics of new users.

Investors were perceiving potential roadblocks — such as the risk of U.S. Attorney General Jeff Sessions shutting down state-compliant marijuana businesses — and in Howard’s view, “people are now getting quite comfortable with the downside.”

“The upside is looking better than ever,” Howard said, pointing to the first FDA-approved marijuana-plant-based drug, GW Pharmaceuticals’ Epidiolex.

As a result of FDA approval, a situation could arise in which the DEA is forced to reschedule medical marijuana to something less than its current Schedule 1 status, he explained

Schedule 1 classification puts marijuana in the same bucket as drugs including heroin, LSD and ecstasy, all of which the federal government designates as having “high potential for abuse.”

Under this grouping, the government does not accept these drugs for medical use and says they cannot legally be prescribed.

In other words, the FDA approval of Epidiolex, which treats seizures tied to rare forms of epilepsy, and marijuana’s current Schedule 1 grouping are contradictory at a federal level.

“The issue is coming to a head because this is happening,” Howard said. “Because of this FDA approval and other macroevents, we’re feeling more urgency before valuations go up. The signs are there that there is going to be more money coming into the space.”

As Salveo sifts through deal flow and evaluates potential investment opportunities, the firm will concentrate on assets that have strong management teams and a large total available market, Gruber said.

Even better, Gruber added, are services and technologies that in the long term can reach beyond the cannabis world: “Products or services that can be otherwise used and sold into the general agriculture space, or other industries, add an additional comfort level.”

PathogenDx is a good example of that, as the company plans to expand into botanical food and other agricultural areas, Howard said.

Investment opportunities are what Howard described as good value trade in the current environment. That could change in the next 12 to 18 months, he said. “With more money coming into the space, valuations will of course go higher.”

“There’s a lot of money being put to work in the space,” Howard said. “I wouldn’t categorize it as competition, but the industry needs capital to grow at the rate it’s growing at.”

Update: This story was updated to make clear the target on Fund I.