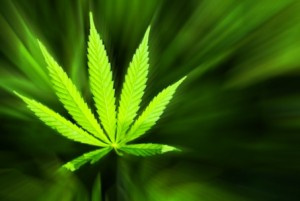 Salveo Capital, which is targeting investments in the legal marijuana industry, is out fundraising for its debut fund.

Salveo, which is Latin for ‘good health’ or ‘be well’, began fundraising in December, said Alex Thiersch, a managing member of the firm. The Chicago private equity firm is targeting between $15 million to $25 million for Salveo Fund I LP. The firm is not using a placement agent for Fund I, which is capped at $25 million, Thiersch said. Salveo expects to hit a $10 million first close in the next 30 to 60 days, he said.

“I want to bring more sophistication and maturity to the industry which, up until now has been run by, without being disparaging, people who grow weed in their basement,” he said. “Those are the industry leaders right now.”

Salveo Fund I will look to invest in firms that cultivate marijuana, like indoor farms, Thiersch said. The pool will also seek to invest in dispensaries, as well as ancillary products like software technology and security. Investments will range from $3 million to $5 million equity per deal, he said.

Thiersch, who is an attorney, touts his experience founding Salveo Health & Wellness two years ago. The company, also from Chicago, was started to open medical marijuana dispensaries and cultivation centers in that state. Salveo Health applied for six licenses in Illinois to cultivate or dispense marijuana. The company failed to get any, he said. “As such, we determined to focus on investing as opposed to vying for a license,” Thiersch said.

Thiersch, who is Salveo Health’s president and CEO, has traveled across the country raising money and has met wealthy individuals who are interested in the sector, he said. Because of these contacts, Salveo Capital is seeking investments from wealthy people for its debut fund and not the typical endowments or pension plans, he said.

Currently, 23 U.S. states plus the District of Columbia have enacted laws allowing medicinal marijuana use. Another four states — Alaska, Colorado, Oregon and Washington– have legalized its recreational use. Illinois in January 2014 became the twentieth state to legalize marijuana for medicinal use. Patients in the state cannot grow their own marijuana but must go to dispensaries. “Recreational marijuana is just around the corner so licenses [to grow] are very sought after,” Thiersch said.

Salveo’s biggest competitor in the cannabis space is Privateer Holdings. Seattle-based Privateer, a private equity firm, is out raising a $75 million Series B round. The PE firm in January said it received “a multi-million dollar investment” from Founders Fund for the round.

Thiersch, who is 40, said he used to be a regular marijuana user but has grown out of the habit. “At my age, it would be very difficult to find someone I know who hasn’t smoked pot,” he said. “The social stigma of it is virtually gone.”