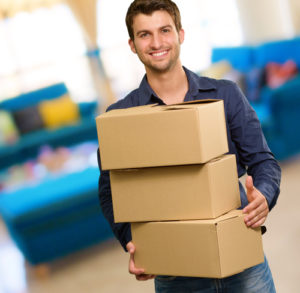 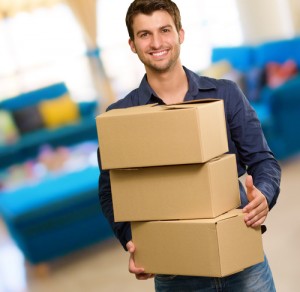 Startups are also getting into the act. In March, Deliv, a Palo Alto-based crowdsourcing startup, raised $1 million after completing Bay Area trials of its same-day delivery service; PostMates, which relies on underused couriers and bike messengers to deliver goods in under an hour, raised a fresh $5 million to expand outside of San Francisco and Seattle; and Shutl, a London-based startup that has already raised $8.7 million from investors, including UPS Strategic Enterprise Fund, announced plans to offer same-day delivery service in the U.S.

Some experts think the time is right to test consumers’ appetite for same-day service. Others warn of a hidden danger lurking behind these ventures that could test the fabric of society itself.

One major catalyst of the same-day push is the ease with which people can now coordinate through technology. “What’s driving this is the same thing that drove [car-service] Uber, where we also invested,” says Scott Banister, an angel backer who sold an antispam company, IronPort Systems, to Cisco for $830 million in 2007 and counts PostMates among his current investments. “[It’s] the availability of the smartphone as a new platform for mobile service workers. FedEx and UPS have had that type of equipment for a while, but now it’s broadly available.”

People have also grown more impatient. “Our online experience, where we expect people to appear right away, is now translating into other areas of our lives,” notes Marina Gorbis, executive director of the Palo Alto-based research group Institute for the Future. “We want immediate gratification. It’s just the reality of this world.”

No doubt Shutl executives would argue that she’s right. The three-year-old company, which typically delivers items for a cost to the buyer of less than $10, says it already handles roughly 30,000 orders every day in the U.K.

Still, not everyone agrees that there’s a problem needing to be solved – or enough money to be made trying.

Analyst Greg Sterling, who researches the mobile Internet, points to the massive failure of bubble era startups  Webvan and Kozmo that tested same-day delivery, burning up roughly a billion dollars of investor capital in the process.

“You could say that [online grocer] Webvan failed because it invested too much in infrastructure and blew all its money on warehouses and distribution,” Sterling notes, but there are also “things that people will always want to touch and feel” before purchasing, he says. Meanwhile, Kozmo — which delivered goods ordered on the Internet to consumers in less than an hour — closed its doors after failing to produce enough profits, which Sterling expects will remain elusive today. “Ask anyone if they’d like same-day service, and they’ll say, ‘Sure, but how much does it cost?’”

Sterling believes if a company can afford to differentiate its services – think eBay, Amazon, and Google — same-day delivery “makes sense as part of a value-added proposition.” If not, “You can probably forget about it.”

There may also be larger social issues associated with enlisting the underemployed to deliver products for a premium, says academic Cliff Nass, a professor of communication at Stanford who has long taught a class on human-computer interactions. He wonders, for example, if the “invisibility and interchangeability” of those doing other people’s bidding can “have negative effects on society. If we just sort of think of people as tools to meet our ends, that can be unhealthy.”

Nass also observes that companies’ focus on same-day delivery is “reflective of a broader trend of deemphasizing accuracy and quality,” noting that in almost every area of life, “speed over quality does have implications.”

It may sound a tad dramatic. But Nass isn’t alone in thinking the biggest threat in rushing things off to consumers is making mistakes that could ultimately alienate them.

In a blog post written Monday, Allen Weiner, a research vice president at Gartner Group, compared the same-day delivery visions of companies like Google and WalMart to “those tributary commerce businesses trends that are best left on the whiteboard.” He added: “Since delivery is the last quarter mile between a merchant and a customer in any commerce experience,” it’s best to “leave [the] logistics to the experts.”

For more information on the same-day delivery space, including what startups have attracted funding and from which sources, visit our subscriber only site, Thomson Reuters Private Markets.