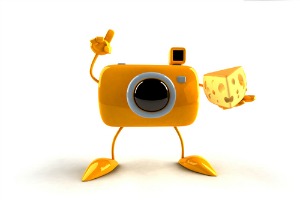 Smartphone? Forget a smartphone. Let Microsoft and Samsung try and come up with a competitor to the almighty iPhone. Facebook, depending on how quickly and efficiently it can roll out a facial recognition product into major retail stores, is poised to dominate new competitors like Amazon and Groupon (should the latter even survive long enough to stand its ground against Zuckerberg), and could see shares rebound with a new vertical that contributes heavily to its top line.

Once upon a time, Facebook was rumored to be kicking tires on a browser company that would have cost it south of $1 billion (just like, thanks to the dip in share prices, the Instagram deal did). As the IPO’s performance turned sour, the deal talks must have as well—because nothing ever materialized.

What remains to be seen is if Facebook actually even needs a smartphone, a browser or a platform, like Google Android, to wedge itself into handset territory. Its vast image database and the facial recognition technology companies it has acquired may be enough to provide it with a mobile business model.

No wonder why Facebook spent years hosting as many photos as human beings could possibly process to its site. With a camera that can identify consumers, Facebook can immediately target them for advertisements specific to the store they are in, their gender, even the kind of clothing a consumer is geared toward purchasing (for example, hoodies). And what retailer wouldn’t be eager to partner with a company that could also substantially enhance security (perhaps new signs may read: ‘Shoplifters Will Be Identified by Facebook Software Before They Leave the Premises—Then, Prosecuted’)?

Google? Good luck, Google. With acquisitions like Zagat and Frommers, the ubiquitous search engine knows all of the stores any consumer might wander into, but has no idea when they’ll show up. Short of sucking smartphone consumers onto the Android platform, and then targeting them based on location alone, Google will be blindly aiming for location-based deals, while Facebook, on the other hand, will know exactly when you or I walk into J. Crew (to use a private equity-run example). Google might as well go and buy Rick Steves while they’re at it.

In hindsight, the social network’s Instagram deal fits perfectly into its new business model. The company will even be able to tell when a group of friends have gotten together at happy hour, and could point them toward dinner options in a three-block radius—this isn’t only for in-store sales. Facebook ultimately may not need a browser, a smartphone, or any of the costly IP and lawsuits that accompany developing a handset—all Mark Zuckerberg really needed is for you to say ‘Cheese!’