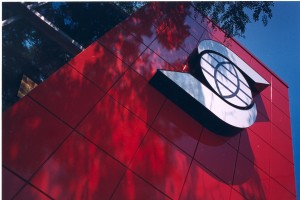 Bank of Nova Scotia (BNS.TO), Canada’s third biggest lender, is in discussions to sell a $1 billion vendor and equipment financing portfolio, according to four sources familiar with the matter.

Scotiabank, which began the sale process a few weeks ago, is in talks with several parties including Toronto-based Element Financial (EFN.TO), said three of the sources.

Two of the sources said the assets that Scotia is looking to sell are housed within its Roynat unit, which the bank acquired about 20 years ago.

Roynat provides funding between $250,000 and $50 million to small and medium-sized businesses. It mainly offers financing options like term loans, asset-based lending, and leasing to more than 1,000 companies across Canada.

All four sources, who declined to be named as they are not authorized to publicly discuss the matter, said that discussions are ongoing and there is no guarantee a deal will be reached.

Scotia’s sale, coupled with commercial lender CIT Group‘s (CIT.N) recently outlined plans to sell its similar Canadian business, have given Element reason to rethink the planned sale of its own Canadian commercial and vendor (C&V) financing operations, said three of the sources.

Scotiabank declined to comment on the matter. A spokesman for Element said the firm’s strategic review around its Canadian C&V business remains ongoing.

Element, Scotia and CIT all compete against one another in the C&V market in Canada, servicing and financing mainly small and medium-sized businesses.

Toronto-based Element had said in October it planned to sell its domestic C&V operations to focus on its fleet management business.

Element said at the time it would reinvest proceeds from the sale of its C&V unit, which has a $1 billion asset portfolio, into acquisitions in its core fleet management arm.

Three of the sources said that Element sees an opportunity to expand its own C&V base with the Scotia assets, boosting its own unit’s profitability by gaining economies of scale.

The three said that while a final decision has not yet been made, Element may not push ahead with a sale of its C&V assets in the near-term, adding that a final decision is likely to be made later this month.

Two of the sources said Element is also interested in CIT’s Canadian assets that include about US$800 million of loans and equipment finance assets, which the New York-based company put on the auction block in October.

CIT declined to comment on the talks around the sale of its Canadian assets.