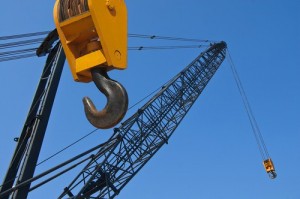 Dartmouth, Nova Scotia-based A.W. Leil Holdings Ltd., a crane rental and lift services business, has acquired all of the assets of Partners Cranes of Pictou, Nova Scotia, which operates in the same industry sector. Canadian buyout firm SeaFort Capital, which bought A.W. Leil in November, 2012, made an additional investment in the company to support the strategic acquisition. The financial terms of the deal were not disclosed. SeaFort Capital was launched last year with the backing of the McCain and Sobey families.

Larry MacDonald, general manager of A.W. Leil, commented “The Partners acquisition significantly expands our fleet and adds further depth to our team of highly trained and dedicated managers, operators and support personnel.   A.W. Leil is committed to providing the best possible service to customers, and this transaction enhances our ability to deliver. ”

Moodie Mansour, former owner of Partners Cranes, stated “Partners has been in the crane service business since 1989. During this time I have had the opportunity to build an excellent team and a wonderful roster of customers.  I am confident that A.W. Leil will draw on the best practices of both businesses to provide a strong service offering throughout the region. I wish them all the luck in the world.”

Rob Normandeau, President of SeaFort Capital, commented “We are pleased to make a further investment in A.W. Leil in support of a strategic acquisition that we believe sets the stage for additional measured expansion. We commend Larry MacDonald, Robert Fraser and the entire management group for having completed this important transaction.  It was an honor to deal with Mr. Mansour and it is exciting to be able to welcome the Partners employees to the A.W. Leil team.”

Halifax-based SeaFort Capital makes controlling investments in small and medium sized Canadian businesses and partners with experienced managers to build value. SeaFort is a private company governed by the following directors: Scott Brison, Scott McCain, Michael Milligan, Rob Normandeau, Donald Sobey and Rob Sobey. SeaFort targets Canadian companies with earnings of between $2 million and $10 million that have a strong tangible asset base and operate in an “old economy” industry, such as manufacturing, distribution or equipment services.