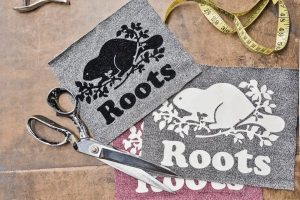 Canadian apparel company Roots Corp has set a price range of $14 to $16 per share for its planned Toronto initial public offering, seeking to raise about $200 million, according to a term sheet of the deal seen by Reuters on Monday.

Roots, known for its trademark beaver logo, rustic casual wear and Canadian-made leather goods, is expected to price the IPO in the week of October 16, the term sheet showed.

But investors hoping for Roots to score another high-flying IPO debut like its bigger counterpart Canada Goose Holdings Inc may be in for a disappointment, given the company’s more modest growth and broader retail challenges, investment strategists said.

In its prospectus, Roots said its 2014 to 2016 compound annual growth rate was about 14 percent, about 2-1/2 times below Canada Goose and lagging Canadian fashion-focused retailer Aritzia Inc‘s 20 percent rate over a roughly similar period.

“There’s very little, if anything, left for the public afterwards. It takes time for those IPOs to go up should they deserve to,” said Levine, who does not invest in new, untested issues.

Canada Goose, which outfits celebrities like James Bond actor Daniel Craig and expedition scientists in its heavy-duty, made-in-Canada, down parkas, has surged some 52 percent since its listing in March. The benchmark Toronto share index has gained less than 1 percent in the same period.

Canada Goose was an exception because it also listed in the United States, where pricing tends to be “less aggressive,” Levine said. Canada Goose now trades at a forward price to earnings ratio (P/E) of 39, double its peers, and above its IPO PE ratio, Thomson Reuters data shows.

But Aritzia shares are trading about 7.5 percent below its $16 IPO price last October and the stock trades at a forward PE ratio of just over 19.

Some strategists said that Roots’ launch could also be clouded by a cut-throat retail market that has forced companies to close shop and file for bankruptcy protection, and high consumer debt exacerbated by rising interest rates.

“We’re not enthused about retail. We’re not willing to get into what we consider a risky part of the market,” said David Cockfield, managing director and portfolio manager at Northland Wealth Management. “We are definitely on the sidelines.”

Update: Roots is a portfolio company of U.S. private equity firm Searchlight Capital Partners. Searchlight, which is selling shares as part of the IPO, acquired a controlling stake in the company in 2015.