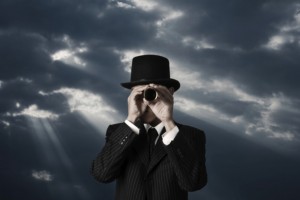 Searchlight Capital Partners is nearing a first close on its second fund on around $1 billion, which gets it close to its $1.5 billion target, according to a person with knowledge of the fundraising.

The first close should happen this month, the person said.

Searchlight officially launched fundraising in March. The firm had been out pre-marketing the fund as of February, Buyouts previously reported. Park Hill Group is working as placement agent on the fundraising.

Emily Melchior, who works in investor relations at the firm, declined to comment.

Two limited partners told Buyouts in prior interviews there was a lot of buzz around Searchlight’s second fund, despite the lack of fully realized investments in Fund I. The absence of any full exits can be a bit “uncomfortable,” one LP said.

Searchlight’s first fund was generating a 13.5 percent internal rate of return and a 1.2x multiple as of March 31, 2014, according to alternative assets data provider Bison.

Searchlight, which has offices in New York, London and Toronto, was formed in 2010 by Eric Zinterhofer, former co-head of media and telecommunications at Apollo Global Management; Oliver Haarmann, a former partner at Kohlberg Kravis Roberts who helped build the firm’s European operations; and Erol Uzumeri, who formerly led the private equity business at the Ontario Teachers’ Pension Plan.

Last month, Searchlight completed a deal in which it teamed up with cable giant Liberty Global to acquire Choice Cable TV, the second largest cable operator in Puerto Rico, for $272.5 million. The price, before transaction costs and other adjustments, represented a multiple of 6x 2015 full-year cash flow, Searchlight said in a statement.

“The acquisition of Choice completes island-wide cable consolidation in Puerto Rico,” Zinterhofer said in the statement.