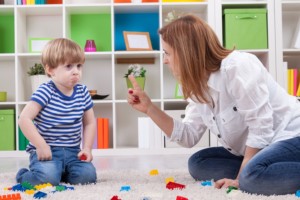 The U.S. Securities and Exchange Commission has revealed an interesting case involving a private equity GP allegedly misallocating fund capital to pay off expenses. The case suggests that as the SEC conducts more first-time examinations of private equity firms it is keeping a close eye on how expenses get allocated.

The SEC claims Scott Brittenham and his fund, Clean Energy Capital in Arizona, improperly used fund capital to pay off expenses such as rent, tuition, salaries and bonuses, despite collecting millions in management fees.

Brittenham appears to have quite a Wall Street pedigree as a managing director at Salomon Brothers, Bear Stearns, Credit Suisse First Boston and Prudential Securities, according to his biography on Clean Energy’s website. But he also has faced disciplinary action in Washington State, where the Department of Financial Institutions charged him with misleading borrowers and engaging in unfair and deceptive practices, according to the SEC.

Brittenham consented to a 10-year ban from conducting the affairs of any mortgage broker in Washington.

He is the co-founder of Clean Energy Capital, formerly known as Ethanol Capital Partners. The firm raised $64 million across 20 funds from hundreds of investors since 2004 to invest in private ethanol production plants, according to the SEC.

The SEC’s case against the firm started as the result of an SEC examination, according to the SEC complaint – a process the private equity world has been exposed to for only the past few years. (Almost all firms were required to register with the SEC as investment advisors under the 2010 Dodd-Frank financial reform law.)

The SEC claims to have uncovered the use of fund capital to pay about $3 million in expenses. When the funds ran out of money to pay the expenses, the management company and Brittenham allegedly loaned money to the funds at high interest rates and changed the way the funds calculated investor returns for their own benefit, the SEC alleged.

But that’s not all. The SEC claimed Brittenham lied to a fund LP, saying he and the firm’s co-founder had each made a $100,000 general-partner commitment when they had in fact each committed $25,000. Also, the firm allegedly concealed Brittenham’s disciplinary history in offering documents, the SEC alleged.

Attorney Frumento told peHUB that the allocation of fund capital to pay off firm expenses was allowed under the partnership agreement. “Partners can’t come in after the fact and says it’s improper and, also, you can’t call that fraud,” he said.

With regards to the loans in question, they were necessary to keep the funds afloat during the global financial crisis, Frumento said. “The funds and companies were running out of money,” he said. “[The loans] were authorized and necessary.” Frumento added that the loans were authorized under the partnership agreements.

This case will be one to watch because it involves fund expenses, a murky area in the industry that occasionally annoys LPs but has never become a major issue. The SEC has made it a priority to check in on fees and expenses to make sure they are properly allocated, clearly disclosed and reported in an accurate and timely fashion, Reuters reported in 2012.