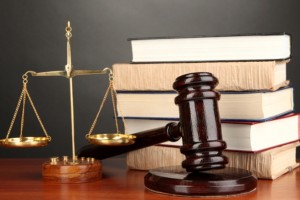 The U.S. Securities and Exchange Commission on Thursday announced fraud charges against an Atlanta-based investment advisory firm and two of its executives for their handling of the city’s pension funds for police, firefighters, transit workers and other employees.

An SEC statement said Gray Financial Group Inc steered public pension fund clients into an investment fund that did not comply with state law and collected more than $1.7 million as a result.

The group, its founder and president, Laurence Gray, and co-Chief Executive Officer Robert Hubbard IV breached their responsibilities to act in the best interest of the pension funds by recommending investments in an alternative fund called GrayCo Alternative Partners II LP.

“The claims and arguments in the SEC’s filing today are without merit,” said Terry Weiss, a lawyer at Greenberg Traurig LLP in Atlanta, who represents the firm, Gray and Hubbard.

The SEC said the investments violated Georgia law because they did not have at least four other investors and did not have a minimum of $100 million in assets.

In addition, a Georgia public pension fund’s investment is limited to no more than 20 percent of the capital in an alternative fund, but two of the pension funds’ investments exceeded the limit, according to the SEC.

The firm and Gray made misrepresentations when asked if the investments complied with the law and about the number and identity of prior investors, the statement said.

Gray Financial, which has said it has been under investigation since at least August 2013, manages about $11 billion in assets.

Last year, Gray received notices that charges would be imminent. In February, the firm filed a lawsuit against the SEC challenging its use of in-house judges. That case is still pending.

“The SEC is once again bringing its charges in an unconstitutional and home-cooked administrative proceeding rather than trying a case before an impartial U.S. district court and a jury of one’s peers,” Weiss said on Thursday. Gray will “vigorously defend itself” in both proceedings, he added.