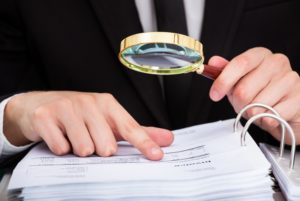 During its first wave of examinations of sponsors, the U.S. Securities and Exchange Commission has found widespread examples of the mishandling of fees and expenses, possible abuse of valuation methods and insufficient disclosure to limited partners.

Early investor reaction ranges from skepticism that the problems are as pervasive or as recent as the SEC suggests, frustration that sponsors don’t provide as much information as investors ask for, to gratitude that the SEC is going to help improve the behavior of sponsors.

Said David Fann, president and CEO of advisory shop TorreyCove Capital Partners: “This is a wake-up call for the industry, and that’s not a bad thing. It’s almost categorical. Every investor wants more information and feels like they deserve it.”

That is certainly true of the California State Teachers’ Retirement System: “CalSTRS is continually seeking stricter and less ambiguous partnership agreement terms, better disclosure practices and an overall reduction of the fees and expenses associated with private equity funds,” said Ricardo Duran, spokesman for CalSTRS, asked how the pension is reacting to the early exam findings.

The Washington State Investment Board formed a compliance team in 2007 that tests key terms and conditions of investment agreements “to ensure that our investments are being managed in accordance with the agreements’ provisions,” said Liz Mendizabal, a spokeswoman.

The compliance team conducts fee testing by collecting information from LPAs, audited financials from GPs, and then uses the data to “re-calculate the fees charged to the WSIB and verify them for accuracy against the LPAs,” Mendizabal said. “This is cross-referenced against the fees actually charged to verify no difference exists.”

The team even takes a close look at management fee offsets, testing whether the offsets agree with underlying accounting records “and whether the fund has properly allocated the offsets among investors,” Mendizabal said. “The team relies on the fund’s auditors to test and obtain sufficient comfort over transaction fees received by the GP and any corresponding fee offsets,” she said.

Washington State is aware of the SEC examinations and routinely asks GPs to share any information regarding SEC site visits and the results of such visits, Mendizabal said.

Kathy Jeramaz-Larson, executive director of the Institutional Limited Partners Association, said she felt the industry has made big strides to address the problems identified by the SEC. More than 100 general partners, for example, have endorsed the “ILPA Private Equity Principles,” a set of industry best practices covering partnership terms and conditions and the reporting of information to investors. The ILPA Principles were introduced in 2009 and revised in 2011.

Jeramaz-Larson wondered if the SEC focused more on evaluating older funds, likely to be more problematic, than newer ones raised since the publication of the principles. “Most GPs I speak to who have endorsed our principles have understood the impact of the fee issue and have changed the ways they charge (fees) and disclose (them),” she said. “We have seen progress. We have seen the needle move. If the SEC helps move it further we think they’re being constructive and additive.”

Michael Elio, a former managing director of industry affairs at ILPA and now a partner at advisory shop StepStone, said he has seen examples of sponsors calling management fees, or calling capital for an investment after they were no longer allowed to. He described such instances as rare and done more out of habit than “malicious intent.” Some of the problems the SEC found, he said, may well be legal under older partnership agreements written in the early 2000s. ”There’s only so many things you can do with old agreements,” he said. “It’s a slow-moving asset class.”

That said, Elio said that investors need to be aggressive in protecting their own interests. For example, in doing due diligence on funds, investors should ask for NAVs for portfolio companies over a long period of time, not just recent NAVs, to spot instances where sponsors may be revising valuations inappropriately. As for portfolio company fees, he suggested that investors ask not just for 100 percent management-fee offsets but that they also ask for any overflow above 100 percent of the management fees. It is also wise to negotiate receiving any economic benefit reaped from portfolio companies, to avoid any misunderstanding.

TorreyCove’s Fann said his firm for years been fighting for more transparency on fees and expenses, and he called client Oregon Investment Council a leader in this respect. In particular the firm has been trying to get more details about how much sponsors charge portfolio companies for the consulting they do. ”We as LPs ask for that and we don’t always get what we ask for,” Fann said, adding that he thought the SEC’s findings could help bring about change. “This is the very beginning of potentially widespread reform within the industry. I think this is an important step to the broader institutionalization of the private equity industry.”

Speaking May 6 at the Private Fund Compliance Forum 2014 in New York City, Andrew J. Bowden, director of the SEC’s office of compliance inspections and examinations, gave a detailed accounting of what the SEC found in its first examinations of more than 150 private equity firms that have registered since 2012 under a requirement of the Dodd-Frank financial reform law. Sister publication Buyouts Magazine subsequently reported that the commission in some cases took into account the likelihood of compliance problems when picking which sponsors to examine first.