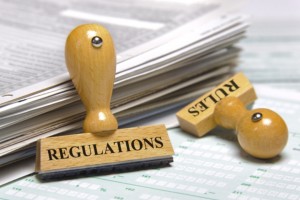 The U.S. Securities and Exchange Commission has found “violations of law” and “material weaknesses in controls” in GPs’ treatment of fees and expenses in more than half of the 150 private equity firm examinations completed so far, according to Andrew Bowden, director in the SEC’s Office of Compliance Inspections and Examinations.

“This is a remarkable statistic,” Bowden said.

Bowden’s remarks match what Mary Jo White, chairwoman of the SEC, said in a recent speech before a congressional committee. White confirmed SEC examiners were finding instances of GPs charging improper fees and expenses, though she did not give a sense of the breadth of such behavior in the industry.

The majority of private equity firms have had to register as investment advisers with the SEC for the first time as part of mandates in the 2010 Dodd-Frank financial reform law. The deadline to register was 2012, and many firms are only now experiencing heightened SEC scrutiny in the form of examinations for the first time.

The SEC, as well for the first time, is getting a view into the inner workings of private equity firms.

Bowden went into more detail in his speech Tuesday, including GPs compensating so-called “operating partners” by charging the fund or portfolio companies, rather than through management fees, he said in the prepared remarks. Operating partners have become a big deal in private equity since the global financial crisis, when many firms began to focus (or at least tout their focus) on creating value through operational improvements at portfolio companies.

“This effectively creates an additional ‘back door’ fee that many investors do not expect, especially since operating partners often look and act just like other adviser employees,” Bowden said. “They usually work exclusively for the manager; they have offices at the manager’s offices; they invest in the manager’s funds on the same terms as other employees; they have the title ‘partner’; and they appear both on the manager’s website and marketing materials as full members of the team.”

The SEC also has found portfolio monitoring fees that extend beyond 10 years, even beyond the fund life at times. Some monitoring fees self renew annually, Bowden said. When a firm has an exit event for a portfolio company, a termination fee can trigger, accelerating payment of the full monitoring contract even if it ended prior to its term.

“There is usually no disclosure of this practice at the point when these monitoring agreements are signed, and the disclosure that does exist when the accelerations are triggered is usually too little too late,” Bowden said.

The SEC also has found issues with the way GPs value investments. Bowden clarified the SEC is not looking necessarily to challenge GPs on how they value each investment, but rather to make sure the valuation process a GP uses is consistent with the process the firm has told LPs it will use, Bowden said.

SEC examiners are looking out for GPs “changing the valuation methodology from period to period without additional disclosure — even if such actions fit into a broadly defined valuation policy — unless there’s a logical purpose for the change,” he said.

Bowden also explained why the SEC is so concerned with private investment — an area with investors that are supposed to be, by law, more sophisticated than everyday “mom and pop” investors.

The SEC is concerned, he said, because LPs include the pensions of teachers, police officers, firefighters and public workers, among many others, Bowden said.

“To the extent private equity advisers are engaged in improper conduct, it adversely affects the retirement savings of teachers, firemen, police officers, and other workers across the U.S.,” he said.