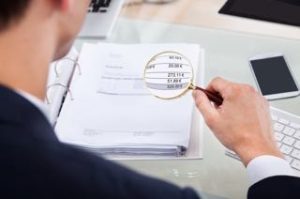 The SEC is investigating how Fenway Partners handles fees and expenses, including payments made for consulting services by portfolio companies, according to three people with knowledge of the situation.

New York-based Fenway Partners, which has raised more than $2 billion across three core funds since its founding in 1994, received a Wells Notice from the SEC in early March, the sources said. A Wells Notice signals that the agency is considering enforcement action and gives the recipient time to challenge the allegations.

The regulator is also looking into how the firm has handled disclosing to limited partners information related to fund financial statements and a GP clawback. A clawback obligation arises when a fund manager takes distributions early in the life of a fund that eventually have to be returned to investors because they turn out to have exceeded the agreed-to profit share.

Brian Shiver, a spokesman for Fenway Partners, declined to comment, as did Judith Burns, a spokeswoman for the SEC.

However, Fenway does shed light in its latest Form ADV filing, current as of March 31, 2015, both how it charges portfolio companies fees and expenses and how much of that activity it reveals to investors. For example, the firm charges portfolio companies expenses in connection with services performed. Such expenses can include limousine service, first-class travel and late-night meals in the office.

Portfolio companies reimburse the firm for those expenses, but the amount of the reimbursement “often will not…be disclosed to investors in the funds,” the firm said in the filing.

In the Form ADV the firm also explains how co-investments are allocated, including to GP-affiliated vehicles that do not pay advisory fees or carried interest. The SEC has been looking into how private equity firms disclose fee and expense arrangements related to co-investments, although it is not clear if the agency is probing this particular issue at Fenway.

Kohlberg Kravis Roberts has been in talks to settle with the SEC over how it disclosed the sharing of broken-deal expenses among its funds and co-investors, Buyouts has reported.

Fenway has struggled for several years to generate strong returns on its three funds, all of which are beyond their investment periods.

The firm also has raised a far smaller vehicle earmarked for a single investment, Fenway HTM Sponsorco LLC. The vehicle raised about $1.4 million from five investors as of January 2014, according to a Form D filing.

Fenway has been trying to restructure at least one of its core funds in the secondary market, sources said. One source said the firm had been seeking bids earlier this year.

Enforcement action against private equity firms is relatively rare. Last year, the SEC reached a settlement with middle-market firm Lincolnshire Management. The firm agreed to pay more than $2.3 million to settle the case, which accused the firm of improperly allocating expenses to an older fund that should have gone to a newer fund. Lincolnshire did not admit or deny the findings.

The SEC has been taking a closer look at how private equity firms handle fees and expenses since the Dodd-Frank financial reform act required such firms to register as investment advisers. Last year, Andrew Bowden, director of the SEC’s Office of Compliance Inspections and Examinations, said examiners had found widespread problems in their early examinations of the industry.

Steve Gelsi contributed to this story

Correction: An earlier version of this story incorrectly listed the multiple for Fund II. The correct multiple is 1.04x, according to numbers from Bison. The story has been updated.