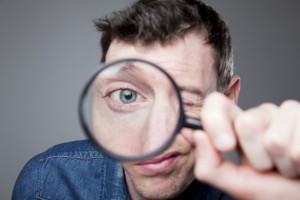 The U.S. Securities and Exchange Commission has reached at least $90 million in settlements with GPs since it started scrutinizing the industry in 2012.

That amount is small compared to the trillions in assets under management by private equity firms. However, the agency’s actions have had a big impact on the industry, several GP sources told Buyouts in recent interviews.

“It’s creating an environment where you feel like they’re after you,” said the executive who requested anonymity.

The executive said the industry “is under attack” by the SEC and other branches of the government through the 2010 Dodd-Frank financial reform act. That law forced the majority of private equity funds to register with the SEC and become eligible for agency examinations.

Another executive at a private equity firm said working with the SEC remains challenging because private equity funds are built around detailed contracts with sophisticated investors.

“Everybody’s doing the best they can with rules that are kind of new, subject to interpretation, and also very challenging,” the private equity executive said. “Every aspect of your relationship with your investors is negotiated. You have a private contract. Now you have an outside agency interpreting those contracts.”

Although data on increased spending for compliance remains scarce, GPs said they’ve ramped up compliance efforts and hired more people in the face of the mounting oversight.

“A private fund’s registered manager should expect a continued challenging regulatory environment, including longer and more intrusive SEC examinations, [and] potentially increased SEC enforcement actions against private fund managers,” according to a 2016 forecast by Kirkland & Ellis, the Chicago-based law firm that specializes in the asset class.

Amber Landis, vice president of public policy for the Association for Corporate Growth, attended the SEC’s April 19 Compliance Outreach Program with GPs. She said areas of SEC focus include expense shifting to LPs or portfolio companies, favoritism with respect to co-investment allocations and possible conflicts of interest with LPs, such as insurance companies that may be doing business with firms on other fronts.

Another recent area of focus for the SEC is how GPs handle funds that have lived beyond their contractual terms, which for private equity usually means 10 years plus one or two one-year extensions.

Questions that arise in these situations include whether the GP continues to collect fees after the term ends, and how these old funds are wound down. Aaron Schlaphoff, who joined Kirkland & Ellis as a partner in March after working at the SEC, recently said he expects the SEC to raise questions about GPs taking fees from funds that could be wound down.

The SEC flagged issues around aging funds, including so-called zombie funds (old funds run by GPs with no chance of raising a new fund), at the Compliance Outreach Program. At the meeting, Igor Rozenblit, co-head of the SEC’s private fund unit, said another issue with older funds is how to calculate fee offsets when no more management fee exists, according to a slide deck of his presentation.

Rozenblit also has been vocal about his concerns with fund restructurings, in which older private equity funds get a shot of life from new investors, who buy out existing investors in the old fund and provide fresh capital for new investments.

Rozenblit said the opacity and complexity of restructurings provided “cover” for an alleged fraud by former Park Hill Group executive Andrew Caspersen that used the name of a big, legitimate restructuring in the market.

“Many people say, ‘this guy’s a bad guy, he would’ve done it any other context, it’s not a restructuring issue,’” Rozenblit said at the Outreach program, according to a story by Secondaries Investor. “But these transactions are complicated and opaque, and that provided the perfect cover for him.”

Jennifer Duggins, SEC examiner and private funds unit co-head, told GPs in the audience at PartnersConnect East in Boston in April to pay attention to how they calculate waterfall distributions. “Make sure you understand your process,” Duggins said on April 6. She said she’d seen errors in spreadsheets and in calculations.

Other areas of focus for the SEC this year include testing and assessing procedures by firms to tighten cybersecurity and maintaining a focus on fees and expenses, according to the agency’s exam priorities listed on the SEC website. Judith Burns, SEC spokeswoman, declined to comment further.

The ACG has been working with the SEC on its Private Equity Regulatory Taskforce to develop best practices around advertising and marketing; disclosure of fees and expenses, cybersecurity, co-investments, allocations and valuations.

A set of guidelines for firms is expected to be wrapped up in the fall, said the ACG’s Landis. To that end, the ACG has scheduled a May 9 work session with SEC officials invited to attend.

The ACG is also working with a compliance survey of members to shed more light on costs of compliance efforts, Landis said.

Legacy issues remain on the table

Private equity firms were required to register with the SEC in 2012. By 2013, the SEC began conducting on-site, or presence, exams at GP offices.

In 2014, Andrew Bowden, director of the SEC’s Office of Compliance Inspections and Examinations at the time, said the SEC  found “violations of law” and “material weaknesses in controls” in GPs’ treatment of fees and expenses in more than half the 150 private equity firm examinations completed at the time. See speech on the SEC’s website.

Those enforcement actions generally centered on improper disclosure around fee acceleration and whether advisers were actually employees of the firm, favoritism in co-investments and marketing issues.

Also in 2015, Bowden announced plans to leave the SEC, to be succeeded by Marc Wyatt, now director of the Office of Compliance Inspections and Examinations.

The SEC’s first foray into PE regulation, through the presence exams, came to an end with Bowden’s departure. The agency now conducts risk-based exams of private equity firms, with priorities on its website.

Recent filings show that there may be more to come on the SEC enforcement front.

In February, Apollo Global Management disclosed that it set aside a reserve of $45 million accrued during 2015 “in connection with an ongoing SEC regulatory matter principally concerning the acceleration of monitoring fees from fund portfolio companies,” the firm said in a filing.

Carlyle Group has disclosed it’s gotten requests from the SEC for information about its historical acceleration of monitoring fees. It also said it believes it’s made “appropriate and timely disclosures” on the engagement and compensation of operating executives and other advisers, but it added “the SEC staff may disagree” with the firm on this issue.

The SEC declined to comment on the disclosures by Apollo and Carlyle.