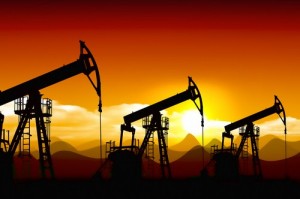 Second Wave Petroleum Inc., a public Calgary-based producer of crude oil and natural gas in Western Canada, has received a non-binding proposal from controlling investor Brookfield Bridge Lending Fund to be taken private. The Brookfield fund has offered shareholders 30 cents per share. The company has also agreed with Brookfield to issue $17.5 million in secured convertible debentures to meet immediate capital requirements. A special committee of the company’s independent directors will consider the privatization bid.

CALGARY, May 6, 2013 /CNW/ – Second Wave Petroleum Inc. (TSX:SCS) (“Second Wave” or the “Company”) announces that it has entered into an agreement with Brookfield Bridge Lending Fund Inc. (“Brookfield”), the Company’s controlling shareholder, to issue a $17.5 million principal amount 7.5% secured convertible debenture (the “Debenture”) to meet immediate capital requirements, and has also received a non-binding proposal from Brookfield to effect a going private transaction at a cash price of $0.30 per share, representing a significant premium to the current market price.

The Special Committee also led the Company’s consideration of the Debenture financing, completion of which is subject to certain conditions including approval by the Toronto Stock Exchange (“TSX”).

The Debenture financing will provide the Company with sufficient new liquidity to satisfy Second Wave’s immediate capital requirements, which include:

(a) $5.0 million required to be repaid to the Company’s senior lender for temporary forbearance in respect of the Company’s $90 million operating loan, on which approximately $87.5 million is currently drawn and which the lender is reducing to $60 million leaving a $27.5 million non-conforming portion to be repaid;
(b) approximately $5.8 million due by May 12, 2013 to an industry partner, failing which the Company faces loss of production revenue from joint lands until the amount due is recovered; and
(c) approximately $4.6 million for other payables over 90 days past due.

Accordingly, proceeds from the Debenture financing will be used to fund the immediate $5.0 million repayment to the Company’s senior lender and approximately $10.4 million of overdue payables, and provide the Company with approximately $2.2 million for near-term working capital purposes. Brookfield has also agreed to forbear with respect to the maturity of its existing $15 million secured term loan to Second Wave, which would otherwise be due and payable on June 14, 2013, subject to completion of the Debenture financing. No fees are payable to Brookfield in connection with such forbearance.

Assuming completion of the Debenture financing and use of proceeds as described herein, the Company’s senior indebtedness would consist of drawings under the $60 million conforming portion of its operating loan, the remaining $22.5 million non-conforming portion of the operating loan (after repayment of the $5.0 million described above), and the $15 million term loan and $17.5 million Debenture payable to Brookfield.

The Debenture will have a three-year term to maturity from the date of issue and will bear interest, calculated daily and payable monthly on the last business day of each month commencing May 31, 2013, at a rate of 7.5% per year. The principal amount of the Debenture will be convertible, at the holder’s option, in whole or in part, at any time and from time to time during the term, into common shares of the Company (“Common Shares”) at a conversion price of $0.25 per share (the “Conversion Price”), subject to customary anti-dilution adjustments. The Company’s indebtedness under the Debenture will be subordinate only to indebtedness to its senior lender, and will be secured by a second-ranking security interest and floating charge on all of its present and after-acquired property.

In the event of a “change of control” event within the meaning of the Debenture, Second Wave will be required to make an offer to repurchase the Debenture at a price equal to the greater of (i) 110% of the outstanding principal amount plus accrued and unpaid interest and (ii) the aggregate price attributable in respect of such “change of control” event (based on the greater of the then current market price and the price per share at which the “change of control” is effected by an acquirer of Common Shares, as applicable) to the number of Common Shares issuable upon conversion of the principal amount. The Brookfield going private proposal would not trigger this requirement.

The Company has agreed to pay Brookfield a one-time commitment fee equal to 1.0% of the principal amount of the Debenture at closing.

Closing of the Debenture financing is scheduled to occur on May 10, 2013 and is subject to satisfaction of certain conditions including, but not limited to, TSX approval.

Under TSX rules, the issuance of the Debenture would ordinarily require approval of the Company’s shareholders (other than Brookfield) on the basis that the financing will result in the issuance to an insider of a convertible security entitling the insider to acquire more than 10% of the outstanding Common Shares. Second Wave has applied to the TSX pursuant to the “financial hardship” provisions of section 604(e) of the TSX Company Manual for an exemption from any such shareholder approval requirement on the basis that the Company is in serious financial difficulty and the immediacy of its capital needs does not afford it sufficient time to seek shareholder approval. The TSX is considering the application in connection with its review of Second Wave’s request for TSX approval of the transaction.

The Special Committee considered the terms of the Debenture financing and, in the circumstances, recommended that the “financial hardship” application be made to the TSX. The Special Committee has determined, and Second Wave’s board of directors has unanimously agreed, that the Company is in serious financial difficulty in light of its immediate capital requirements, and that the Debenture financing is reasonable for Second Wave in the circumstances and designed to improve the Company’s financial situation, and represents the only solution practicably available to Second Wave that will enable it to meet the immediate capital needs arising out of its current borrowing base shortfall and working capital deficiency on a timely basis. In making such determinations the Special Committee members and other directors had due regard for the outcome of the Company’s strategic alternatives review process completed last year, which was not successful in providing a solution for Second Wave and its shareholders.

The Company expects that, as a consequence of its “financial hardship” application, the TSX will place Second Wave under remedial delisting review, which is normal practice when a listed company seeks to rely on this exemption. Although the Company believes that it will be in compliance with all continued listing requirements of the TSX upon conclusion of a delisting review, no assurance can be provided as to the outcome of that review and therefore continued qualification for listing on the TSX.

Issuance of the Debenture also constitutes a “related party transaction” for the purposes of Multilateral Instrument 61-101 – Protection of Minority Security Holders in Special Transactions (“MI 61-101”) and is therefore subject to the formal valuation and minority approval requirements of that regulation, as applicable. The Company is relying on exemptions from such requirements, which would otherwise apply in respect of the Debenture financing, that are akin to the “financial hardship” exemption under TSX rules and are based on the same determinations of the Special Committee and board of directors described above regarding the Company’s financial position.

The going private proposal currently contemplates a plan of arrangement under the Business Corporations Act (Alberta) as the transaction structure. As such, the transaction would be subject to, among other things, shareholder approval by not less than two-thirds of the votes cast by all shareholders at a meeting to be held for the purposes of considering the arrangement, as well as by a simple majority of votes cast at that meeting by disinterested shareholders other than Brookfield, its affiliates and joint actors and other interested persons pursuant to the minority approval provisions of MI 61-101. A plan of arrangement would also require the approval of the Court of Queen’s Bench of Alberta.

The Special Committee has retained an independent financial adviser to prepare a formal valuation for the going private transaction and will supervise its preparation, and is otherwise evaluating the Brookfield proposal with the assistance of the independent valuator and independent legal counsel.

Second Wave is subject to the inherent risks associated with the exploration, development, exploitation and production of oil and gas. More particularly, material risk factors that could cause actual results to differ materially from those expressed or implied in the forward-looking statements contained in this news release include: adverse changes in commodity prices, interest rates or currency exchange rates; accessibility of capital when required and on acceptable terms; lower than expected production of crude oil and natural gas; production delays; lower than expected reserve volumes on the Company’s properties; increased operating costs; ability to attract and retain qualified personnel or to secure drilling rigs and other services on acceptable terms; competition for labour, equipment and materials necessary to advance the Company’s projects; unforeseen engineering, environmental or geological problems; ability to obtain all required regulatory approvals on a timely basis and on satisfactory terms; and changes in laws and governmental regulations (including with respect to taxes and royalties). This list is not exhaustive. Readers should also review the risk factors described in other documents filed by the Company from time to time with securities regulatory authorities in Canada, including its most recent annual information form, copies of which are available electronically at www.sedar.com and at www.secondwavepetroleum.com.

Specific forward-looking statements contained in this news release include statements regarding: the timing and completion of the Debenture financing, regulatory approvals, use of proceeds, the Company’s future compliance with TSX listing requirements and the completion of a going private transaction. In making such forward-looking statements, Second Wave has made various assumptions regarding, among other things: the satisfaction or waiver of conditions precedent to the closing of the Debenture financing; the receipt of necessary regulatory approvals on satisfactory terms and conditions, including TSX approval on a basis that allows the Company to rely on the “financial hardship” exemption; the Company’s compliance with TSX listing requirements; and the ability to enter into a definitive agreement with respect to a going private transaction.