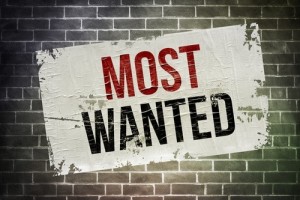 When it comes to European private equity, it’s all about CVC Capital Partners.

That’s according to intermediary Setter Capital, which revealed that CVC for the second year in row is the most sought-after name on the private equity secondary market among large European funds.

Setter has published its ”20 Most Sought-After European Large LBO Managers” report for the second quarter. The top four after CVC are Apax Europe, EQT, BC Partners and Cinven.

There is more buyer demand for the managers on the “sought-after” list—an average of 58 “prime buyers,” or those who have indicated an interest in buying the fund, compared to just three prime buyers for funds that are not included, Setter said. The sought-after managers also are better performers, averaging a 16.7 percent internal rate of return compared to 11.2 percent IRR for those who did not make the ranking, Setter said. They also price about 5 percent higher on average in relation to net asset value than other funds, Setter said.

Being a top sought-after manager doesn’t necessarily mean the manager’s funds are heavily traded, according to Setter Capital Managing Director Peter McGrath. Many times these top funds are sold as part of a broader portfolio, he said.

“You don’t see people often selling a top fund on its own,” McGrath said. “They usually want to hold those funds.”

“These are such desirable funds, they are really top of mind for buyers,” he added.

Setter’s ranking is based largely on buyer demand for specific funds, though other factors come into play. Funds are given Setter’s “Liquidity Rating,” a relative measure of funds’ salability and buyer demand. The most liquid funds receive a ranking of Excellent, Very Good, or Good, while all other funds are labeled Unrated.

Setter also tracks how each firm moves up and down the list since last year. Doughty Hanson, for example, moved down from 17 to 18, while Apax Europe moved up from the four spot to the number two rank.