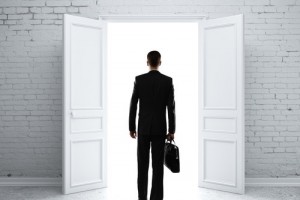 Yann Robard, managing director and head of secondaries and co-investments at the Canada Pension Plan Investment Board, is stepping down, becoming the third secondaries veteran to leave a top post this year.

Robard, considered one of the leading figures in the secondary market, will depart CPPIB on July 31, a spokeswoman for the pension system confirmed.

It’s not clear why Robard is leaving. CPPIB spokeswoman Mei Mavin declined to comment beyond the statement.

Robard’s LinkedIn profile states that he has worked at CPPIB since 2001. A Bloomberg story said Robard left the pension for a period of time to work for secondary firm Paul Capital, then re-joined CPPIB in 2007.

CPPIB has become one of the major players in the secondaries market over the past few years. The system took the lead on several headline-grabbing GP restructurings, including that of J.W. Childs Associates’ third fund, a $1.75 billion vehicle that closed in 2002. As part of that deal, CPPIB pledged to kick in $477 million as part of the restructuring, and $119 million as a commitment to J.W. Childs’ fourth fund, targeting $450 million.

CPPIB also led the restructuring of the HM Capital Sector Performance Fund, a $785 million vehicle with a 2006 vintage. The system bought the fund assets for $468 million and committed $138 million to a new fund, Kainos Capital Partners, formed by HM Capital’s former team for food and consumer products.

The system also led the restructuring of Behrman Capital III, a $1.2 billion fund that closed in 2001. As part of that deal, CPPIB kicked in $654 million to buy out existing LP interests.

Restructuring deals like these reflect “a positive evolution in the industry” whereby all parties, including GP teams, existing LPs and new investors, can benefit, Robard said in an earlier interview with Buyouts sister publicationPE HUB Canada. “We are trying to offer solutions everybody can feel good about.”

Robard is one of several veteran secondaries players to leave their roles recently. Tjarko Hektor, who formerly co-led the secondaries team at The Carlyle Group-backed AlpInvest Partners, left the firm earlier this year. Scott Conners, a partner at Landmark Partners who had been with the firm for 22 years, retired in June.