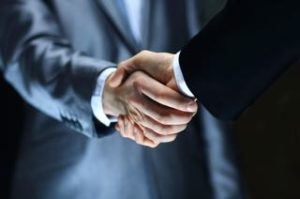 Secondary buyers found stakes in middle-market buyout funds especially attractive last year, according to a recent survey by UBS, which advises on secondary deals. And this year buyers are expected to continue to have a healthy appetite for them.

The survey, which was conducted in January and included 80 dedicated secondary buyers, found that nearly half (47 percent) of respondents bought interests in middle-market buyout funds last year. That compares to just a quarter (24 percent) that bought stakes in mega-buyout funds. Eight percent of respondents said they bought stakes in venture funds last year. Just 6 percent said they acquired stakes in growth equity funds.

Looking ahead to this year, about a quarter of respondents (25 percent) said they are looking to buy interests in middle-market buyout funds, while fewer than that (17 percent) said they are interested in growth equity funds. Fourteen percent cited a focus on mega-buyout funds this year, while 11 percent want venture capital stakes, the survey said.

The middle market—and more recently venture capital—attracts significant buyer interest because buyers can find more proprietary deals in those sectors of the market, sources have said in prior interviews. The market for interests in mega-funds, by contrast, is fairly well known and more transparent to potential buyers, sources said.

Philip Tsai, UBS’s head of secondary advisory, presented results of the survey at a recent SuperReturn conference. He estimated that total secondary market volume for 2014 came in at $37.5 billion. That number is slightly lower than the $42 billion tallied by rival secondaries advisor Cogent Partners, and the $49.3 billion tallied by intermediary Setter Capital.

Pricing has been high. The average discount to net asset value on interests in buyout funds stood at a slim 4.9 percent in the fourth quarter, according to the survey. That discount rose slightly from 4 percent in the second quarter last year, the survey said. But it is still tiny compared to the 8.9 percent NAV discount in the second quarter of 2013, and the 18.7 percent NAV discount in the fourth quarter of 2011.

The secondary market has an estimated $49 billion of dry powder, the survey revealed. If transaction volume continues to climb, narrowing the gap between demand and supply, buyers could enjoy less aggressive pricing.