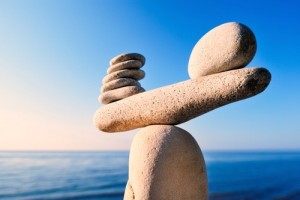 Buyers in the secondary market are betting pricing won’t change much in the second half of the year, which could indicate that some believe the market is at a peak.

Intermediary Setter Capital for the first time asked buyers to forecast changes in net asset value and distribution flows in its first half secondary volume report. Respondents said the pace of distributions would be just 0.4 percent higher in the second half compared to the first half, and that NAV would appreciate by only 1.65 percent in H2 vs. H1.

Since this is the first time Setter asked the question, it has no historical data for comparison.

“For quality assets, sellers may be looking for prices to be par and even a slight premium [to net asset value], while buyers want modest discounts,” said Peter McGrath, managing director at Setter.

The forecast from buyers could explain the widening bid/ask spread developing between buyers’ and sellers’ expectations – which has led some sellers to put portfolios on the market only to pull them back after not receiving high enough bids.

This was the case with a more than $1 billion portfolio of fund interests being sold by the Abu Dhabi Investment Council. Abu Dhabi received several bids, including from Ardian, but ended up pulling the portfolio, a source said. Likewise, family office Bregal Investments last year pulled backed a portfolio valued at around $400 million after “testing the waters,” sources said at the time.

“It’s not uncommon at all for a seller to go out to market and just decide the market wasn’t strong enough,” McGrath said.

What’s interesting is that pricing is not likely to go much higher, according to several secondary market sources, including McGrath. Fellow intermediary Greenhill Cogent, in its first half volume report published in July, found that on average high bids came in at about 92 percent of NAV, with bids for buyout funds coming in at 95 percent of NAV.

Those high prices were evident in some recent GP restructurings, including that of Lee Equity Partners, which gave LPs the option to sell their interests in the firm’s first and only fund at a premium to NAV as of December 31. Irving Place Capital offered to buy out LPs in Fund III at 100 percent of NAV as of September 30, 2014, Buyouts previously reported.

Setter surveyed 78 scondaries buyers for the report. The firm found total secondary deal volume, including private equity, venture capital, infrastructure and hedge funds, came in around $20.6 billion, down 5.1 percent from the $22 billion the firm reported in its first-half report last year.

While overall secondaries were down, private equity secondaries grew 1.9 percent to $16.2 billion in the first half, Setter said.

Direct secondaries, including fund restructurings, grew by 21 percent to $5.5 billion in the first half. This was not surprising given that 45 percent of respondents to Setter’s first-half activity survey said more managers attempted to liquidate or restructure older funds as compared to the same time period last year.

Another surprise involved energy secondaries volume, which fell 78.5 percent year-over-year, from $1.6 billion to $350 million. Several secondary professionals thought a flood of secondary fund interests would come on the market this year amid the collapse in oil prices.

And there are energy funds on the market for sale, McGrath said. However, sellers are not yet willing to accept the discounts buyers are offering for energy funds.

“Sellers are … hoping to get full price, but buyers are pretty conservative in the way they’re pricing energy assets,” McGrath said.

Setter stresses that another factor contributing to lower overall activity is the falling value of the euro, which has dropped 19 percent year-over-year. European fund assets represented about 25 percent of total volume.

“Volume, which is measured in U.S. dollars, may in fact have been approximately the same as last year if it were not for the depreciation in the euro,” the Setter report said.