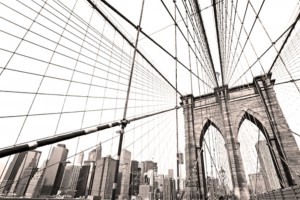 Committed Advisors, the French secondary shop that spun out of AXA Private Equity in 2010, opened its New York office in early October, bringing over one of its partners from Paris to run operations, according to Managing Partner Daniel Benin.

J.B. Stock, partner, is leading the New York office. He was recently joined by David Guryn, an investment professional who joined the firm recently from Evercore, where he worked on the secondary advisory team. Prior to Evercore, Guryn worked on business development at Preferred Return Inc, and prior to that he worked at Willowridge Partners.

The firm’s plan since finishing its debut fund was to open a New York office after raising Fund II, which Committed Advisors closed in 2014 on its 500 million euros ($547.2 million) hard cap. The firm closed its debut fund in 2011 on 257 million euros.

“When you have nearly half of a fund invested in one region, the natural evolution is to have a permanent office in that region,” Benin said. Also, a portion of Committed’s LP base is in North America, he said.

The new office will bring Committed closer to the GPs to which it has exposure through its secondary deals, as well as firms going through restructuring processes, Benin said.

GP restructurings, a growing segment of the market, “will require even more due diligence and on the ground capacity to meet with different parties, not only with GPs but in many cases underlying portfolio management,” Benin said.

The firm at some point will be back in the market for its third fund. Fund II is about 70 percent deployed, Benin said. He declined to comment on when Fund III could launch, though one source with knowledge of the firm said fundraising will likely launch next year.

Having a presence in the United States will get the firm closer to potential LPs. “It’s not the case today, but at some point we may also be in market and, of course, willing to grow our LPs in North America,” Benin said.