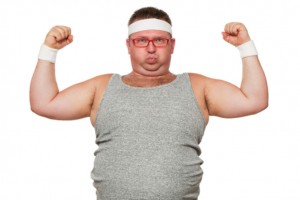 This is just getting crazy now.

Total volume in the secondary market hit $49.3 billion last year, a 37 percent increase from 2013, according to a report from intermediary Setter Capital. A total of 1,270 deals were done, with an average size of $37.7 million, Setter said. Deal size was up 34.6 percent from the prior year.

Large buyers, or those who deployed more than $1 billion, accounted for 59.8 percent of the total volume, while mid-sized buyers represented about 34.9 percent, Setter said.

Large secondary firms like Ardian, Lexington Partners, Pantheon, HarbourVest and Coller Capital, have all raised large funds in recent years and have had fresh capital ready to deploy into the markets.

The funds have met demand from a growing universe of sellers, limited partners who have been drawn to the secondary market because of historically high prices.

“When prices are high buyers and sellers can agree,” said Peter McGrath, managing director at Setter.

Method to the madness

Setter has been tallying market volume since 2013 and its numbers traditionally come in higher than the other big secondary market observer, Cogent Partners. Setter got to its 2014 volume by surveying 84 out of what it calls the 115 most active secondary buyers on the market, who agreed to share their confidential activity results. Participants included nine of the 10 largest buyers in the market, Setter said.

Total volume from those who responded came to $41.5 billion, the survey said. Setter then adjused that number to $49.3 billion to account for those who didn’t respond. “We looked at the number of small, medium and large buyers who didn’t participate and estimated the volume,” McGrath said, adding mostly small and medium firms didn’t respond.

The Setter report notes that it does not include “over 1,000 opportunistic and non-traditional buyers, whose activity may be significant.” (Shameless plug: this is what I call the secondaries shadow market – hundreds or thousands of secondary transactions that never get noticed.)

Another driver of volume last year was direct secondaries, which include fund recapitalizations and restructurings, fund liquidations and purchases of minority stakes in co-investments. Direct secondaries more than doubled from $5.3 billion in 2013 to $11.1 billion last year, according to the report.

Fund restructurings and recaps have grown in popularity as ways for GPs to breathe new life into aging funds, and for limited partners that want to cash out of aging funds.

“Many more managers and buyers are comfortable in transacting around these portfolios,” McGrath said. “GPs are viewing it more and more as a real liquidity option.”

Last year also saw more buyers incorporate debt into their secondary purchases, according to Setter. About two-thirds of respondents said the level of debt used by buyers had increased significantly from 2013, the report said.

“In this environment with tons of buyers with money to put to work, buyers have to use more debt just to come up with decent returns,” McGrath said.

Estimates for this year put the market at similar levels of frenetic activity. More than 90 percent of respondents said activity in 2015 would be similar or higher than 2014. Respondents predicted total market volume of $56.5 billion for 2015.

That is a heady number for a growing, vibrant market, but one that may not take into consideration a crack in the broader economy. Any major turbulence in the broad markets ripples across the secondary markets and can cause the current sky-high pricing to nosedive.

In that scenario, the leverage strategy buyers are using to juice their returns can backfire, making for a tough vintage. But for now, buyers are optimistic, and more potential sellers are coming out of the shadows.

Setter’s report can be found at www.SecondaryLink.com.