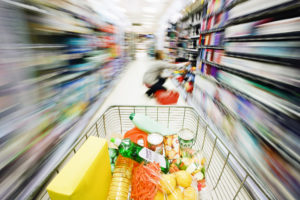 As consumer interest for sparkly drinks bubbles to the top, a bunch of PE investors have joined hands to back Waterloo Sparkling Water, of Austin, Texas, following an all-virtual process spanning about six months.

The Flexis Capital-led deal, which included JW Levin Management Partners, Eurazeo and Moore Strategic Ventures, closed on August 17 after the parties signed a letter of intent in April.

“We were introduced to this opportunity in February through a Texas relationship,” said Louis Friedman, managing partner of Flexis Capital.

Investor appetite in the seltzer market has increased as of late. This month, Sanzo, an Asian-inspired sparkling water brand, secured $1.3 million in seed funding.

Shares of National Beverage Corp, maker of the popular La Croix flavored seltzer brand, have surged by over 35 percent year-to-date.

The sparkling water market is laboriously encroaching on the carbonated soft drinks space, though it’s still small compared to the latter, which reported $26.74 billion in sales during the same period.

Flexis Capital, which invests on a deal-by-deal basis, roped in JW Levin from the get-go in what was going to be a partial purchase of the brand.

“Before we were going to purchase a minority interest; [now] we are recapitalizing everyone’s stake and purchasing most of the venture capitalist’s stake,” Friedman said, referring to CAVU Venture Partners, co-founders of the sparkling water business.

In what was a proprietary all-equity deal, no buy- or sell-side advisors were engaged on the transaction. The sponsors employed an all-virtual due diligence strategy given the lockdown orders placed early this year.

Although the investment terms remains disclosed, JW Levin Management focused on offering mentoring service over financial resources, according to Stephen Sadove, founding partner at the firm.

“Our primary role is providing management talent coaching; we did not put [in] the bulk of financial resources,” Sadove said, speaking from Westchester.

Waterloo’s products can be found on Target, Walmart and Costco shelves, among others. Looking ahead, the partners aim to grow Waterloo organically, targeting distribution expansion in the Northeast and Midwest and through the rolling out of more flavor profiles. “There’s an opportunity to get new accounts and flavors,” Sadove said.

Founded in 2017, Waterloo will be led by Jason Shiver as CEO and COO Jeff Arnold. Shiver is a former president of Amplify Snack Brands, parent of Skinny Pop popcorn.

Action Item: Check out the press release for more details.