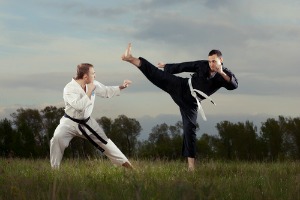 SenSage’s deal, where the data and analytics company was announced to be selling to KEYW Corp for a maximum price of $34.5 million—providing targets are achieved—might be hailed as a win in some circles, but, according to Thomson Reuters data, the exit in fact has some VCs getting kicked in the IRR.

The company sold for at least 25% less than what investors put into it over more than a decade, from March 2002 to earlier this week, when it was acquired by Maryland-based KEYW Corp, a cybersecurity firm. SenSage, according to prior peHUB reports, did not launch until 2004.

SenSage packed on the rounds over the years. According to Thomson Reuters research, it completed total funding of $47.33 million prior to its acquisition, which will bring back a loss for the VCs who piled in over five rounds, plus debt financings.

In 2002, the company took capital from Battery Ventures VI and Sierra Ventures III, according to Thomson Reuters data. The following year, Canaan Partners III joined in for another round of funding. (Unless specified otherwise, all VCs continued to invest in SenSage through the same funds, Thomson Reuters data shows).

SenSage’s Series C was led by a new backer, Mitsui & Co. Venture Partners, in a $10 million cash injection. Again, Canaan, Battery and Sierra would all join in the deal.

SenSage would tack on another $5 million in 2007, according to Thomson Reuters’ research. In 2008, SenSage took in $15 million in a round led by FTVentures, where Sand Hill Capital, Sierra, Canaan and Mitsui Ventures all joined in.

September 2010 would bring yet another round $6.25 million, with Canaan, Sierra, FTV and Mitsui all joining in for a Series E round with MMV Financial also kicking in some debt, according to Thomson Reuters research. A year later, in September 2011, each of the investors kicked in another round of promissory notes, data shows. Again, earlier this year in March, Thomson Reuters data shows, Canaan Partners made one final investment in the company before its sale.

It was not clear if all the VCs that invested over a 10-year timeframe lost money, or if only some did. The company declined to provide comment.