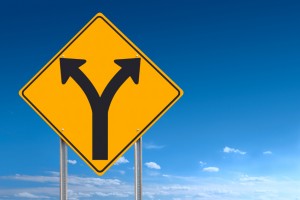 Investors may be in the driver’s seat these days when it comes to partnership terms and conditions. But through separate accounts and side letters, big investors are driving down costs and building customized investment programs at an accelerated pace—threatening disharmony with their shallow-pocketed brethren.

Perhaps the biggest threat to small investors comes from separate managed accounts, sometimes called (less hospitably) segregated accounts. With such programs big investors—such as state pension funds and sovereign wealth funds—negotiate partnerships directly with private equity shops. The money they commit gets invested in parallel with a firm’s core funds, in different assets altogether, or in some combination of the two. The possibilities for LP-friendly terms are endless: reduced fees, co-investment rights, veto rights, you name it.

Separate accounts have been around a long time, but recent multi-billion-dollar programs set up by New Jersey Division of Investments and Texas Teachers’ Retirement System with such firms as Apollo Global Management, The Blackstone Group and Kohlberg Kravis Roberts & Co., mark an acceleration of the trend.

Such programs worry small investors—and they even worry big investors left out of the party. When they sign up with sponsors for expensive, 10-year partnerships, limited partners naturally want to know what they’re getting into. The prospect of their sponsors taking on multi-billion-dollar separate accounts can throw everything into doubt. Among the questions raised:

At an industry conference earlier this month, Erik Hirsch, chief investment officer at Hamilton Lane, one of the country’s largest advisers to institutional investors, said: “There may or may not be an alignment of interest issue depending on what those vehicles are set up to do and whether you see them as taking away or detracting from the main fund.”

Like separate accounts, side letters are nothing new on the private equity scene. Side letters give LPs special terms and conditions not available to investors who sign up only to the main limited partnership agreement; however, many investors also negotiate “most favored nation” clauses (MFNs), giving them the right to opt in to terms secured by other investors through side letters. Fund attorneys say virtually all sponsors sign side letters these days, and all but the smallest investors generally get them.

What’s trending in side letters is that more than ever they’re addressing fund economics, such as management fees or the treatment of deal feels, especially in light of the economic downturn that has given LPs more leverage, said Kenneth W. Muller, co-chair of the private equity fund group at Morrison & Foerster LLP. Also growing in popularity, according to Charles P. Jacobs, a partner at Nixon Peabody LLP, are size-based MFNs; these limit an LP’s ability to choose side letter terms based on the size commitment it makes. For example, an LP may be limited to choosing terms in side letters signed by investors making commitments of $50 million or less. According to Jacobs, a healthy percentage of buyout funds now negotiate size-based MFNs, which has become a way to reward investors who make larger commitments. Some firms also use MFNs to reward investors who come in on a first closing.

“In the past the big LPs dragged along the small LPs with them” on terms, said Thomas A. Beaudoin, a partner at WilmerHale and the chair of the firm’s fund formation practice group. Now, he said, the big LPs are negotiating side deals and leaving the smaller LPs to fend for themselves.

Investment officers at small LPs say they understand size buys better terms; it’s worked that way in other asset classes for years. (“We don’t love it but we’re OK with it,” one LP with a private equity portfolio valued at less than $5 billion told me.) But in private equity, where fees take an especially big bite out of gross returns, differences in fees among investors can lead to hard feelings and unintended consequences. GPs might even react by trying to line up small investors upfront, so that they’ll be in a position to say no to large investors that try to secure a better deal on terms. That, paradoxically, could lead large investors to walk away from some funds.

None of the issues raised in this column are unsolvable, and most sponsors want to be fair to investors large and small. An executive at a firm that offers separate accounts pointed out that the money raised through such vehicles represents a small fraction of its assets under management, and that much of the money is earmarked for its existing funds. Sitting down with investors and showing them how opportunities get allocated (the core fund gets first dibs, in its case), and how different funds are staffed, goes a long way to allaying fears, he said.