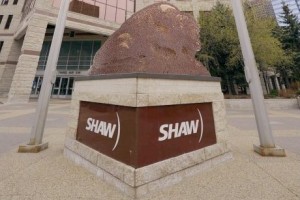 Shaw Communications Inc (SJRb.TO) (SJR.N) said on Wednesday it has agreed to buy Wind Mobile Corp, the country’s fourth-largest wireless provider, in a deal that gives it a much-needed presence in the cellular market.

Calgary-based Shaw said the deal valued Wind, and its parent company Mid-Bowline Group Corp, at $1.6 billion (US$1.16 billion), much higher than the roughly $300 million a consortium of investors paid for the young wireless carrier in 2014.

The takeover follows Rogers Communications Inc‘s (RCIb.TO) $465-million purchase of smaller rival Mobilicity, which was in creditor protection, in a series of deals that allowed Wind to snap up a suite of airwaves at a discount price.

Shaw had bought spectrum that was set aside for new entrants to the wireless industry in 2008, but never built out that capacity. Shaw formally sold those airwaves to Rogers as part of the Mobilicity deal in June, with Rogers then passing on most of those plus some other airwaves to Wind to secure regulatory approval.

In taking over Wind, Shaw now not only will regain most of the spectrum it sold at a profit, but will enter Canada’s hotly contested wireless market with an established cellular presence.

“The way the asset has come together with the various deals, there was no choice to be made,” said Jay Mehr, Shaw’s chief operating officer. “This was absolutely the best way to enter the Canadian wireless market.”

Mehr said the company does not anticipate any “meaningful regulatory barriers” to the deal, despite a history of the Canadian government blocking telecommunication deals for competitive reasons.

One source close to the deal said it should pass regulatory muster since the buyer is a well-capitalized domestic player without existing wireless business, keeping regional rivals to the three national operators in place across the country. Wind operates in Ontario, Alberta and British Columbia.

“There’s a story to be told about how it really stabilizes the competitive landscape long-term,” the source said, adding: “What concessions might be needed is anyone’s guess.”

Shaw has struggled against Vancouver-based Telus without a wireless product to bundle with its television, landline and Internet offerings.

Wind, backed by Canadian hedge fund West Face Capital and U.S. private equity firm Tennenbaum Capital Partners, among other investors, said earlier this month that it had closed a $425 million debt facility to help it upgrade its network to the latest high-speed LTE technology.

Wind has roughly 940,000 wireless subscribers, lagging far behind the three big Canadian players, each of which has at least 10 times the subscribers.

By Julie Gordon and Alastair Sharp

(This story was edited by Kirk Falconer, editor of PE Hub Canada)