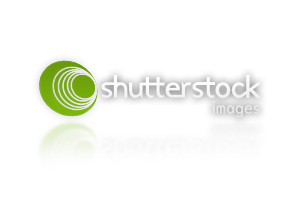 (Reuters) – Online stock photography provider Shutterstock Inc said it plans to sell 4.5 million shares in its initial public offering at between $13 and $15 each.

The company would raise $67.5 million at the top of this range, much below the up to $115 million it filed to raise in May.

The amount of money a company says it will raise in its first filing is used to calculate registration fees and is often a placeholder, with the actual proceeds being different.

New York-based Shutterstock owns a library of photographs and illustrations that customers can license and download through subscription deals.

It competes with other online providers of images such as iStockphoto, Fotolia and Dreamstime as well as more traditional stock content providers like Getty Images and Corbis Corp.

Shutterstock is looking to tap into a growing demand for online images that has attracted big names. Private equity firm Carlyle Group LP (CG.O) agreed to acquire Getty Images for $3.3 billion in August.

Shutterstock, which delivered more than 58 million paid downloads to about 550,000 active users last year, posted revenue of $120.3 million in 2011, it said in a regulatory filing.

The company, which will have a market value of $493 million at the top-end of the expected price range, plans to list its stock on the New York Stock Exchange under the symbol “SSTK”.

Shutterstock is majority backed by Chief Executive Jonathan Oringer, who founded the company in 2003. Oringer will retain a 56.6 percent stake in the company post the offering, the filing revealed.
Morgan Stanley, Deutsche Bank Securities and Jefferies are lead underwriters for the IPO.

(Reporting by Aman Shah in Bangalore; Editing by Sriraj Kalluvila)