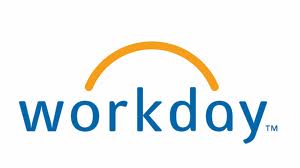 (Reuters) – Workday Inc, which provides cloud-based human resource software, filed for an initial public offering in what could be the largest market debut since Facebook Inc’s botched opening chilled demand for U.S. IPOs.

Workday, co-founded by ex-PeopleSoft executives David Duffield and Aneel Bhusri who left the company following its acquisition by Oracle Corp in 2004, confidentially filed for an IPO in July under the Jumpstart Our Business Startups (JOBS) Act.

The Act allows a company to keep financial details contained in IPO documents private for longer and permits it to keep its registration statement confidential until 21 days prior to its first road show.

Pleasanton, California-based Workday, which was said to have plans for an October debut, filed a preliminary prospectus with the U.S. Securities and Exchange Commission on Thursday to raise up to $400 million in the offering of Class A shares.

The amount of money a company says it plans to raise in its first IPO filing is used as a placeholder to calculate registration fees. The final size of the IPO could be different.

The filing did not reveal how many shares the company planned to sell or their expected price.

The dual-class share structure — which allows owners to retain control even after selling a large stake — has been used by a number of tech startups and was most recently seen in the New York IPO of English soccer team Manchester United.

Duffield and Bhusri currently hold 72.7 percent of the total voting power in the company, the filing revealed.

The company, which listed Morgan Stanley and Goldman Sachs & Co as lead underwriters, incurred a net loss of $46.9 million on revenue of $119.5 million for the half year ended July 31.

Workday intends to list its Class A shares under the symbol “WDAY”, but did not reveal the exchange on which it will list the shares.

(Reporting by Aman Shah in Bangalore; Editing by Maju Samuel and Sriraj Kalluvila)