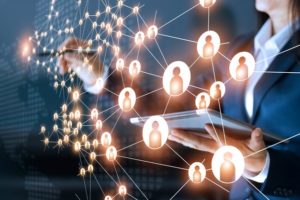 Silver Lake agreed to acquire First Advantage from Symphony Technology Group in a deal that values the company for more than $1.5 billion, sources familiar with the sale told Buyouts.

As part of the deal, Symphony will be exiting the investment.

Funds for the deal came out of Silver Lake Partners V, which closed on $15 billion in April 2017, the sources said.

The company generated $125 million Ebitda, the sources said. The deal valued the company at more than $1.5 billion, which translates into 12x to 13x of its Ebitda.

Buyouts previously reported about the company going up for sale.

The acquisition, announced Monday, is not Silver Lake’s first investment in human capital and compliance technology.

In November 2017, Silver Lake invested $300 million in CornerStone OnDemand, a human capital management software. In 2015, the firm acquired Cast & Crew, a software and services provider for the entertainment industry. In 2018, Silver Lake sold the company to EQT.

There is momentum for those opportunities, driven by growing mobility and temporary workforces, greater competition for talent and a need for on-going compliance and analysis for existing employees, they said.

Silver Lake has no immediate plans for follow-on acquisitions, but potential add-on candidates would be background-screening specialists serving end-markets, such as healthcare, oil and gas or transportation, for example, the people said.

With First Advantage, Silver Lake plans to focus on building a better integration of the company’s product with a human capital management tech system, invest in continuous monitoring and compliance of the workforce and help the company expand its footprint further into the gig economy, or temporary contractor-type employment, the people said.

More broadly, the firm also wants to capitalize on trends such as big data and analytics, cloud and mobility, the sources said.

Correction: The story was corrected to reflect that Silver Lake invested in CornerStone OnDemand in November, 2017. The previous version incorrectly stated the date as August, 2017.

Clarification: The story was updated to reflect that Silver Lake agreed to buy First Advantage.