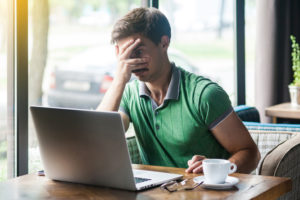 Quick buck: Silver Lake Group on Thursday converted a big chunk of AMC Entertainment bonds into equity, taking advantage of an odd situation that caused shares of the struggling movie theater chain to more than quadruple by Wednesday’s close of trading.

In converting $600 million of convertible senior secured notes into shares, Silver Lake – whose original debt investment was made in 2018 – helped to reduce AMC’s debt by $600 million. The move appears to have resulted in a quick and big win for Silver Lake. According to Hollywood Reporter, the swap gives Silver Lake an instant gain of $284 million.

The equity-for-debt swap comes after AMC, on the brink of chapter 11 bankruptcy, announced an equity and debt raise on Monday that “should allow the company to make it through this dark coronavirus-impacted winter”.

Organizing on Reddit to “save” AMC, the announcement led amateur retail investors trading on popular online brokerage Robinhood Markets and elsewhere to send shares of AMC soaring – not unlike what occurred at GameStop. The buying of additional shares of AMC was subsequently restricted by Robinhood on Thursday, leading to significant public outcry.
Trading is now resumed on Robinhood after shares lost some of the week’s gains on Thursday – and now AMC’s stock is up in pre-market trading. Check out the Wall Street Journal’s live coverage as the day goes on.

What are some other ways the populist uprising on Reddit could impact private equity? Write to me here.

On the move: Tis’ the season of people moves. Tim Patterson, an 11-year veteran of OMERS Private Equity, will leave the organization at the end of January, a source with knowledge of the matter told Buyouts.

The decision was made by Patterson for personal reasons, the source said. His future plans are not known. OMERS, a C$109 billion ($86 billion) pension fund, declined to comment.
Patterson led or co-led investments in some of OMERS’ best-known healthcare investments. They include CBI Health Group, a community healthcare services provider acquired in 2011 from Clearspring Capital Partners, and Forefront Dermatology, a dermatology practice manager acquired in 2016 from Varsity Healthcare Partners.

Any other big PE names moving around that we should know about? As always, write to me at springle@buyoutsinsider.com with any tips, feedback or just to say hello. Have a great weekend!