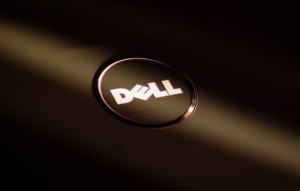 (Reuters) – A potential bid by private equity firm Silver Lake and its partners to take Dell Inc private is unlikely to be topped by other investors, people familiar with the matter said.

Silver Lake has a major advantage in having secured the backing of founder and CEO Michael Dell, who has a roughly 16 percent stake in the world’s No.3 PC maker and would participate in the buyout consortium.

If Silver Lake clinches a deal with Round Rock, Texas-based Dell, this will result in a so-called “go-shop” period in which the company can actively seek offers from other potential buyers to ensure it has attracted the best possible offer.

But senior executives at the largest private equity firms competing with Silver Lake, speaking on condition that neither they nor their funds be identified, told Reuters on Thursday that they were unlikely to top Silver Lake’s offer in any auction of the company.

“I just don’t think it is doable to break up the current consortium. When management is rolling over (their stake) and they have picked a partner, it is hard to top the agreed offer,” one of the private equity executives said. The executives also cited the lack of an exit strategy and sheer size of the deal.

A deal is imminent with Silver Lake and its partners, which include Microsoft Corp and Canada Pension Plan Investment Board, although the parties have yet to agree on a final price, two people close to the matter said.

Microsoft declined to comment while the pension plan did not immediately respond to a request for comment.

Microsoft’s investment would come in the form of preferred equity that would later help pay down Dell’s high-yield debt incurred as part of the leverage buyout, one of the people said.

Dell has formed a special committee of its independent directors and hired Evercore Partners Inc to assess whether the company is getting the best deal for shareholders and not one that is just in the best interest of Chief Executive Michael Dell, according to several people familiar with the matter.

Dell shares ended trading at $13 on Thursday, giving it a market value of about $22.6 billion.

“In the absence of (shareholder) activism, we suspect that the deal would likely be transacted at around $14-$14.50 per share,” Bernstein analysts wrote in a note on January 18.

“We see other financial buyers as unlikely, particularly if Michael Dell and the management team have a ‘standstill’ agreement with financial sponsors,” they added.

Dell only reached out to a limited number of private equity firms to discuss the idea of going private and entered into exclusive talks with Silver Lake late last year, according to one of the people familiar with the matter.

Michael Dell is expected to roll over his approximately 16 percent stake in the company he founded with just $1,000 in 1984 as part of the deal. Even if other private equity firms were willing to outbid Silver Lake, they would also need Michael Dell to agree to roll over his stake, the people said.

To ensure a level playing field, the special committee would have to recommend that the company’s founder goes along with any superior proposal, the people added.

John Swainson, who served as senior advisor at Silver Lake before he joined Dell last year as president of software, in 2010 called the private equity firm “synonymous with best-in-class global investment in the technology industry”.

Silver Lake also has ties with Microsoft. The buyout firm sold Internet phone service Skype to Microsoft in 2011 for $8.5 billion after buying it 18 months earlier for $2.5 billion.

Executives, particularly founders of companies that own a significant holding in their company and participate in a buyout, can often find themselves in a bind. Their role is to deliver the best value for their shareholders, but they may also have an incentive to buy out their company at a lower price.

Special committees are meant to address this potential conflict, but the reality is that it becomes more complex to force executives to work with buyers that emerge in a go-shop period after they have already given their backing to one party.

Class-action lawsuits were filed claiming that J. Crew’s board ran a flawed sale process that favored the original private-equity buyers. A majority of shareholders approved the deal, but the company had to spend $16 million to settle the lawsuits.

A go-shop can result in a higher offer in some cases. When Dell bought IT management company Quest Software Inc last year, it trumped an agreed deal led by CEO and founder Vinny Smith, who teamed up with investment firms Insight Venture Partners and Vector Capital.

But in Dell’s leveraged buyout, another technology company would be hard to come by as a buyer. Cisco Systems Inc, Hewlett-Packard Co and Google Inc are unlikely to step up, according to the people familiar with the matter. The companies did not respond to a request for comment.

Image Credit: A company logo of Dell is seen on the cover of its laptop at a Dell outlet in Hong Kong October in this October 21, 2009 file photo. Dell Inc warned of a “challenging” second half for computer sales August 21, 2012, and posted quarterly revenue below Wall Street forecasts, sending its shares down almost 5 percent. REUTERS/Bobby Yip/Files. (CHINA BUSINESS SCI TECH)