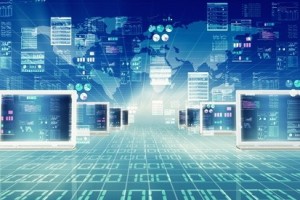 Final bids for Interactive Data Corp (IDC), which is owned by Silver Lake and Warburg Pincus, were due Tuesday, October 20, three sources said.

Markit Group Ltd and Intercontinental Exchange Inc (ICE) are “heading up the battle” for IDC, said one of the sources, a banker.

It’s unclear who else is bidding. The Nasdaq OMX Group had been “fighting hard” for IDC, a second source said, but it’s unclear if it made a bid.

“There were definitely more than two bidders,” a third person said.

Private equity, which had been vying for IDC, is no longer involved, two sources said. IDC had been looking for bids of more than $5 billion and is considered too expensive for PE firms. Also, it doesn’t appear that the mature company can provide the kind of growth private equity investors look for, another source said.

Silver Lake and Warburg acquired IDC in 2010 in a deal valued at $3.4 billion. The sponsors contributed $1.4 billion in equity, Moody’s Investors Service said a June 2010 report.

The company, based in Bedford, Massachusetts, provides financial market data, analytics and services to financial institutions and active traders. The company competes against Bloomberg LP and Thomson Reuters Corp.

IDC is expected to sell for more than $5 billion, including debt, press reports said. The company had $2.2 billion in debt as of March 31, according to the Wall Street Journal.

IDC went up for sale in June, with Credit Suisse and Goldman Sachs Group Inc tapped to find a buyer, Reuters reported.

IDC is running a dual track process. In addition to a sale, IDC has also filed to go public, press reports said. IDC had been expected to proceed with the IPO, instead of a sale, because prices in the public markets were higher, one banker said.

However, the luke-warm response to First Data Corp‘s IPO has apparently scuttled those plans. First Data priced its IPO at $16 last week but ended its first day as a public company at $15.75 a share. The stock closed Tuesday at $15.40 a share.

“It’s down to whether the sponsors view an IPO or a sale as a better outcome in terms of valuation perspective,” the banker said.