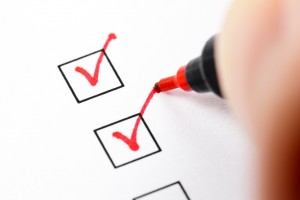 The unfolding disaster at Chesapeake Energy Corp. highlights an important point for private equity funds: Sponsors must think differently and deal differently with public companies, especially when executives’ personal financial interests are involved. If something goes wrong, private equity investors could be exposed to major collateral damage. These deals therefore require a different process and greater transparency than private transactions.

In in addition to negotiating the usual financial and legal aspects of a transaction, PE firms should take these six steps when negotiating a transaction involving a public company and a potential conflict of director or officer financial interests:

The PE fund’s advisors should independently analyze whether self-dealing is involved by directors or officers of the public company, and what disclosures and approvals are required.

Failure to follow these steps could result in a PE firm confronting a situation like the one EIG Global Energy Partners has found itself facing with Chesapeake Energy Corp.

Chesapeake Energy founder and CEO Aubrey McClendon borrowed up to $1.4 billion in loans, through controlled entities, from EIG Global Energy Partners in November 2011. Mr. McClendon used the loans to purchase interests in oil and gas wells through Chesapeake’s controversial Founders Well Participation Program. Simultaneously, Chesapeake was negotiating a substantial asset sale to EIG. Wells Fargo and Goldman Sachs are also reported to have made loans to Mr. McClendon; each was later retained as a financial advisor for the IPO of a Chesapeake subsidiary.

Since the story broke on April 18, the Well Participation Program has been cancelled and the SEC and the IRS have opened investigations. Chesapeake’s board has forced Mr. McClendon to resign as chairman and has backtracked on an earlier statement that it was aware of Mr. McClendon’s financing transactions. Standard & Poors has downgraded Chesapeake to BB from BB+ and put the company’s debt on credit watch with negative implications.

The scandal could taint Chesapeake’s private equity partners by association. This April 30 PE Hub article casts doubt on the outlook for several Kohlberg Kravis Roberts investments in Chesapeake in light of the scandal. EIG’s investments with Chesapeake and Mr. McClendon may also face greater risk.


The problem in Chesapeake is not that McClendon had a personal financial interest in deals with EIG and Chesapeake, but that these financial interests were not disclosed to and approved by Chesapeake’s board. In other words, this was not necessarily a matter of financial wrongdoing, but of defective transparency and corporate process.

Self-dealing by corporate directors and officers is prohibited as a foundational principle of fiduciary duty, as explained in Fiduciary Duty 101: Self Dealing by Corporate Executives Taints Deals, Hurts Share Price, and Invites Derivative Lawsuits. Directors and officers cannot take for themselves any business opportunity that could benefit the corporation, without disclosure and approval—a principle known as the “corporate opportunity doctrine.” Transactions in which directors or officers have a personal financial interest are generally prohibited. However, in each case, transactions involving a corporate opportunity or other conflict of financial interest are permissible if disclosed to the company’s board, and approved by the disinterested directors.

Chesapeake originally claimed that the board was fully aware of McClendon’s actions. In a reversal, Chesapeake on April 26 issued an extraordinary press release. It stated in part:

Although Chesapeake has suffered substantial, direct damage from the scandal, it will affect EIG, too. There will be a lot of litigation, which EIG may get dragged into. EIG’s dealings with McClendon and Chesapeake will likely be disclosed in the public record, its executives may be deposed, and deal documents may become court exhibits and fodder for news reports. If the corporate opportunity doctrine applies, the corporation may be entitled to all profits earned by the fiduciary from the transaction. There will likely be shareholder pressure to recapture the reported $6.5 billion in proceeds Mr. McClendon reportedly received from the transactions. Also, the SEC has opened an informal inquiry into the Well Participation Program, according to Reuters. Additionally, Chesapeake said on April 30 that the IRS was scrutinizing the Well Participation Program. EIG could be brought into these investigations.

EIG’s financial interests could be harmed by distractions that harm Chesapeake’s performance. The company may also fail to recoup the $1.4 billion loaned to Mr. McClendon.

KKR does not appear to have been harmed, at least not yet. It is not clear what EIG or KKR knew, or what diligence they conducted. But with billions on the line and a burgeoning disaster at Chesapeake, the Sgt. Schultz Defense—“I know nothing”—just isn’t good enough.

About the author: Chris Manderson is a founding partner of Manderson, Schafer & McKinlay LLP, an independent corporate practice in Newport Beach, CA specializing in business and transactional law.  Mr. Manderson blogs about private equity and corporate transactions at the Strategic Deals Law Blog.