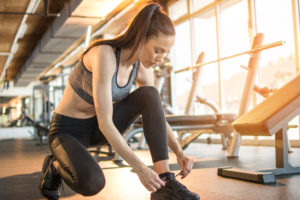 MSD Partners, formed in 2009 by the partners of MSD Capital, is getting into the growth game. The firm tapped Victor Hwang to co-head the investment firm’s newly formed growth arm alongside Dan Bitar, an 18-year veteran of the firm. MSD Growth yesterday announced it had led an $800 million-plus investment into GoodLeap that valued the sustainable home solutions marketplace at $12 billion.

Hwang, with 25 years of tech investing experience, most recently was a managing director, general partner and member of the investment committee at Industry Ventures. Bitar joined MSD in 2003 and has held various positions including portfolio manager, member of the valuation committee. Read more on PE Hub.

Fitness behemoth: Two companies helping folks like me work out and boutique fitness studios power their operations and schedule classes are joining forces.

Vista Equity Partners’ MindBody, which provides online scheduling and other business management software for fitness studios and gyms, is getting much bigger. The company is buying ClassPass, a subscription service that connects consumers with fitness classes, all the while scoring $500 million strategic investment from Sixth Street. Terms of the all-stock transaction weren’t disclosed, but ClassPass was valued at $1 billion

in January 2020 following a funding round led by L Catterton and Apax Digital. MindBody was taken private in 2018 by Vista for $1.9 billion.

The pair of companies are confident that in-person classes are the road to recovery as studios continue to reopen, pointing to recent research and data they’ve collected. “Several markets that have fully reopened are seeing bookings on the Mindbody platform rebounding to pre-COVID levels and ClassPass consumer usage is at one-hundred-and-ten percent of pre-COVID usage for subscribers who have gone back to class,” the report says.
Read PE Hub’s brief here.

Growing: Elsewhere, Wellspring Capital Management’s RAYUS Radiology has inked its largest and eighth acquisition to date, taking a piece of the growing South Florida market through its purchase of Diagnostic Centers of America, or DCA.

Kim Tzoumakas, who took the reins as CEO in March, told PE Hub in June that RAYUS – which was founded as one center in Minneapolis 40 years ago – has the ability to double in size over the next two years. Post DCA, the radiology platform stands at 148 centers nationwide. Read more on PE Hub.

Long hold: Inovia Capital, a tech-and-growth focused shop in Canada, completed a wide-ranging process to move numerous investments out of older funds into a continuation pool for more time to grow the assets, the firm confirmed for Buyouts.

The total value of the deal, that included nine assets primarily from Inovia’s 2007 and 2011 funds, tallied at around $334 million, Chris Witkowsky writes. The deal also had a cross-fund element: Inovia’s debut growth fund, which closed in 2019, co-invested into three of the assets, AlayaCare, AppDirect and Snapcommerce, the firm said in an announcement. The other investments involved in the deal were Bench Accounting, Clearco, Top Hat, TrackTik, TripleLift and Vidyard.

That’s it for me! Have a great rest of your day. Hit me up at springle@buyoutsinsider.com with any good tips, gossip or just to say hello. Don’t forget to use our anonymous tip box on PE Hub or Buyouts.

Correction: This report has been updated to clarify that MSD Partners is a separate entity from MSD Capital, the family office of Michael Dell.