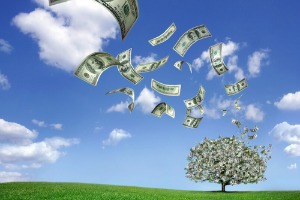 European powerhouse CVC Capital Partners takes the crown in this week’s battle of the U.S. and European mega-buyout houses, securing first place in our list of top 10 funds based on private equity performance figures from California State Teachers’ Retirement System. U.S. and European firms both account for five of the top-10 spots with The Blackstone Group coming in a close second place.

In this slideshow, peHUB takes a look at the top-performing U.S. and European mega-buyout funds within the CalSTRS private equity portfolio, according to figures from Thomson Reuters. Altogether we looked at 27 U.S. mega-funds (defined as managed by firms with more than $15 billion under management) to which CalSTRS committed over $10 billion from 1993 to 2011 and 20 European mega-funds to which CalSTRS committed more than $6.6 billion from 1996 to 2011. The data is current through September 30.

CVC European Equity Partners III LP, which raised almost $4 billion in 2001, takes the top spot with a 40.9 per cent IRR. These performance figures should stand the firm in good stead as it is rumored to be on the fundraising trail for its sixth fund by the end of this year. The firm closed its fifth fund, CVC European Equity Partners V LP, in 2009 on around €10.8 billion ($13.8 billion). That fund was 68.34 per cent drawn down, according to CPP Investment Board, as of March 31, 2012.

First Reserve Corporation, Hellman & Friedman, and TPG are the other U.S. buyout firms to feature in this top-10 list, taking fifth, sixth and eighth place respectively. Other European firms featured are Apax Partners in third place, Permira featuring twice in seventh and tenth place and BC Partners coveting the ninth spot.

CalSTRS is the second largest pension fund in the United States with around $145 billion in assets under management. The market value of its private equity portfolio for the period ended September 30 reached $21.9 billion. Its actual allocation to private equity stood at 14.1 percent, above the pension fund’s target allocation of 12 percent. Altogether CalSTRS has backed some 261 funds spanning vintages 1989 to 2012, producing a diversified portfolio of global private equity funds including buyout funds, venture funds, energy funds, mezzanine funds, credit-related funds and opportunistic investments.

For more on CalSTRS most recent private equity performance click here and to find out more about which U.S. and European buyout powerhouses are producing generous returns for CalSTRS scroll down the top ten below.