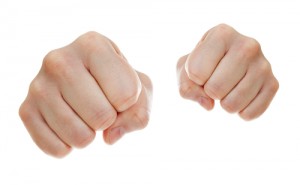 AlpInvest Partners, the funds-of-funds business of The Carlyle Group, has taken a pretty big hit so far from its vintage-2006 investments, according to a regulatory document.

Carlyle acquired a 60 percent equity interest in AlpInvest last year as part of the build-up to its initial public offering in May. The unit, which manages more than €40 billion ($50.2 billion), mainly on behalf of two big Dutch pension funds, also picked up a $500 million program to manage last year on behalf of the Municipal Employees Retirement System of Michigan.

According to the 10-Q filed by Carlyle Group on May 22, AlpInvest as of March 31 had created and fully committed some 11 pools of capital, each of at least €500 million in size, spanning vintage years 2000 to 2010, along with other funds of “various” vintage years; together they represent €28.2 billion in cumulative invested capital.

Close inspection of their performance suggests that the vintage-2006 pools have been a major drag to date on the AlpInvest portfolio. One reason is the sheer amount of capital the firm committed to that vintage year. The estimated €13.2 billion in cumulative invested capital from that vintage year represents nearly half (47 percent) of the €28.2 billion in cumulative invested capital for the estimated 11-vintage-year span for its fully committed pools.

The 10-Q does not provide the underlying fund investments, but a list of general partners on the AlpInvest Web site suggest the firm has exposure to a broad array of pools, including both domestic and international buyout and venture capital funds. All told, the fully committed funds in the AlpInvest portfolio were generating a 1.3x multiple of invested capital and a 10 percent net IRR as of March 31, according to the Carlyle Group 10-Q. The best-performing of the bunch is the €519 million pool earmarked for secondaries, vintage 2002, with a 51 percent net IRR.

Needless to say, AlpInvest isn’t alone in registering soft returns to date from vintage-2006 funds, many of which got socked by the financial crisis and the Great Recession. According to an analysis of returns conducted by sister magazine Buyouts last fall, for example, the median domestic buyout fund from that vintage was generating a 1.16x multiple and a 5.62 percent IRR, with much of that data current through March 31 2011. By comparison, all domestic buyout funds in our database had generated a median 1.46x multiple and a median 9.93 percent IRR.

A spokesperson for Carlyle declined comment for this piece. Below is a slideshow to take you through the performance of the 11 fully committed AlpInvest pools, from best to worst performing.

This story first ran on the Web site of sister magazine Buyouts.

(Correction: In the original version of this story, Slide 10 was incorrectly labeled Main Fund III-Secondary Investments)