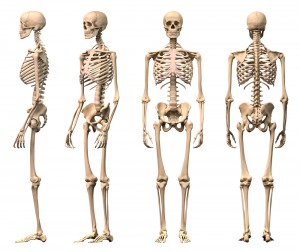 With 2012 set to become a vintage year for many of the mega European-based private equity fundraisings, peHUB thought it might be interesting to dissect one of the past funds of a European behemouth in fundraising mode.

The continued economic upheaval in Europe is now being viewed as a strong counter-cyclical opportunity by sophisticated limited partners. Falling valuations, continued availabilty of debt, a low interest rate environment and strong cash flow yields from European corporates are providing the kind of conditions that have historically created very strong vintage years for private equity. Added to this, we are seeing a number of distressed companies selling assets to repair balance sheets, especially in the banking sector, which should be an abundant source of deal flow over the next couple of years.

This year so far has seen BC Partners raise €6.5 billion ($8.2 billion) and Apax Partners reach a first close of €4.3 billion. According to data from Preqin there are currently some 390 funds seeking capital commitments sponsored by EU-based fund managers. Collectively, these 390 funds are targeting around €128 billion in investor capital. Eighty-two percent of these funds have a predominant geographical investment focus throughout Europe, a further 14% of the funds focus mainly across Asia and rest of the world region, and the remaining 4% of funds target North America.

Preqin found 162 of these vehicles are being raised by UK-headquartered firms, with an aggregate target size of €79 billion, accounting for almost 62% of total capital targeted.

Of the European-based funds currently on the road, 177 have already held at least one interim close and aggregate commitments currently stand at €31 billion. Buyout and infrastructure funds are targeting the largest amount of investor capital, with collective targets of €40.3 billion and €29.4 billion respectively, according to Preqin.  The average target size of funds of these 390 funds being raised is €328.2 million and the largest fund is targeting €9 billion.

The three largest funds currently in market are Apax VIII, Permira V, and Cinven V, which are targeting €9 billion, €6.5 billion, and €5 billion respectively, according to Preqin data. . (Correction: Apax VIII and Permira V target investments worldwide, while Cinven V focuses on European investments.) There are rumours that CVC, which raised €10.75 billion in 2008 is attempting to match that size with its next offering, which will make it the largest European-based fund in the market.

To find out more about the past performance of the largest European buyout fund currently in the market scroll down our slideshow for a fund anatomy lesson of some of the top performers in Apax Europe V, which raised €4.4 billion in 2001 and has a 41.3% IRR and multiple of 2.4.

(Correction: Apax VIII is a global fund; the original version of this story said Apax VIII is European-focused) 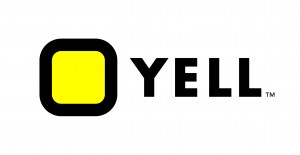 Business Description: Azimut is an integrated Italian retail fund manager, with its own origination and distribution network.

Business Description: Kabel is a European cable TV operator with 10.1 million subscribers. It comprises the cable TV networks in 13 of 16 German states.

Business Description: Mölnlycke is a global medical products company that focuses on single-use surgical supplies to hospitals and woundcare products to the acute and home care markets.